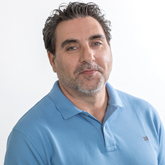 We are the bridge that connects basic research to the pharmaceutical industry. We know our way around both worlds and understand how to link them together
Joaquín Pastor

The overriding goal of the Experimental Therapies program at the CNIO is to accelerate the procedure by which new pharmaceuticals become available to the people who need them. It is a process that passes through many stages and may take years to complete. Uniquely among the programs sponsored by other Spanish institutions, the CNIO initiative relates the findings of basic research into the biological properties of cancer to the development of potential anti-tumoral drug treatments.

The procedure is lengthy but simple: we undertake the preliminary phase of development until we have isolated a compound that is completely prepared to be tested on living animal models. Promising chemical candidates go on to the next stages, in which the international pharmaceutical firms come on board.

So far, three clusters of compounds discovered as a result of research carried out at the CNIO have been licensed to external companies. One of them targets the PI3K enzyme and has anti-diabetic and anti-obesity properties; another influences PIM quinasas, the proteins implicated in the spread of tumors, and another at the ATR quinasas, the enzyme that appears to play an important role in the DNA molecule’s response to r damage, making repairs that contribute to the cell’s survival.

It is largely thanks to the close collaboration between sub groups working the field of basic research that led to speeded-up pre-clinical testing of compounds with anti-tumoral properties that inhibit the CDK8, Haspin and Masl proteins. The program is also much concerned with learning more about the TRF1protein, which appears to play a key role in maintaining the telomeres that extend from cells.