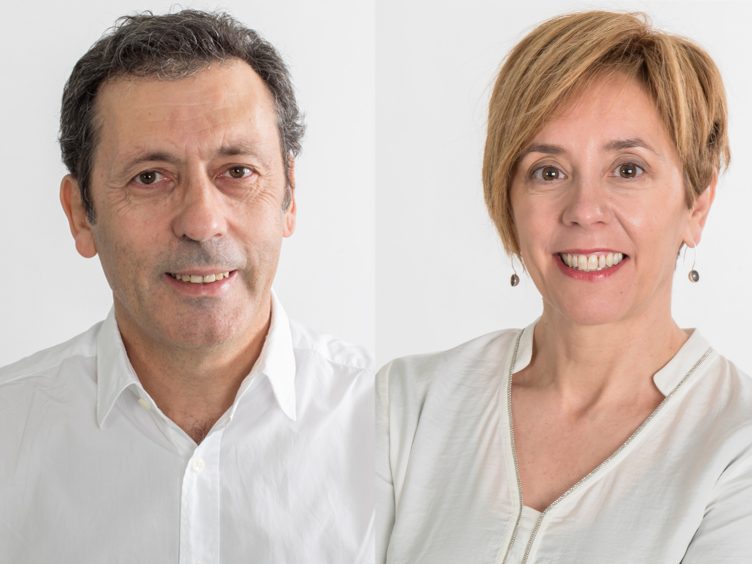 Luis Paz-Ares, Head of the H12O-CNIO Lung Cancer Clinical Research Unit, of the Spanish National Cancer Research Centre (CNIO) and the 12 de Octubre University Hospital, has been appointed as President of the Spanish Association for Cancer Research (ASEICA) until 2022. Besides, Marisol Soengas, Head of the Melanoma Group, has been appointed as Vice-President and she will take his place at the end of his term.

Paz-Ares has declared that “we will try to promote ASEICA’s activities to strengthen its international impact, promote research to political and institutional leaders, and achieve the integration into our scientific society of young researchers who are currently working both in the country and abroad; we will also keep empowering women scientists who perform cancer research in our country.”

He was Chair of the Medical Oncology Department at the Virgen del Rocío University Hospital in Seville (2007-2014), Head of the Pharmacology Unit and responsible for Early Clinical Studies of Thoracic and Genitourinary Tumours at the 12 de Octubre University Hospital in Madrid (1995–1999; 2000–2007), and Visiting Research Fellow in the Prostate Cancer Programme at the Dana-Farber Cancer Institute in Boston, MA, USA (1999–2000).

Paz-Ares’s current research focuses on lung cancer and new therapeutic strategies development, both at the lab and clinical sides. He has published more than 340 articles in peer review journals including New England Journal of Medicine, Lancet, Lancet Oncology, Nature Medicine, Journal of Clinical Oncology, and many others. He has served as a member of several committees, including ASCO and ESMO meeting Scientific Committees, European Organisation for Research and Treatment of Cancer Protocol Review Committee and Audit Committee, the Spanish Agency of Medicines and Medical Devices and the European Medicines Agency.

Marisol Soengas, is an international expert in basic and applied melanoma research. The main objective of her group is to understand the initiation and progression of this tumour, and how to attack it more efficiently. Her studies have been published in the highest impact scientific journals such as Nature, Cell, Cancer Cell, Science, Nature Medicine, Nature Communications, and many others. Results from his laboratory have also served as the basis for the establishment of Bioncotech Therapeutics, a CNIO spin-off with a drug currently undergoing clinical trials in patients.

She has received numerous awards, that also recognize its role as a promoter of activities to improve the professional development of women in science. These awards include These awards include the “Women in Science Research Team Science Award” from L’Oreal-Melanoma Research Alliance, or the “Elsa Medrano Memorial Award” from the Society for Melanoma Research, which recognizes the most influential women in the field of melanoma. Other accolades include the Atresmedia ‘Constants and Vitals’ Award for the Most Important Biomedical Publication of 2017, and the 2017 ‘Women Executives of Galicia’ Award for her scientific career. In 2018, she received the ‘Plaque of Honour’ from the Spanish Association of Scientists. In 2019, she received the Fritz Anders Medal from the European Society for Pigment Cell Research (ESPCR), the Sesderma Award for Influential Women in Science and Innovation, and the 2019 Science and Woman Commendation from WomenCEO.

Born in 1983, the Spanish Association for Cancer Research (ASEICA) is a scientific society that brings together about 1,000 leading cancer researchers. ASEICA channels the breakthroughs in cancer research in Spain and at the same time spreads the word to advocate necessary improvements in science. With a translational outlook, ASEICA has become a meeting point between basic and clinical researchers, with the ultimate aim of finding the best solutions for addressing the disease.