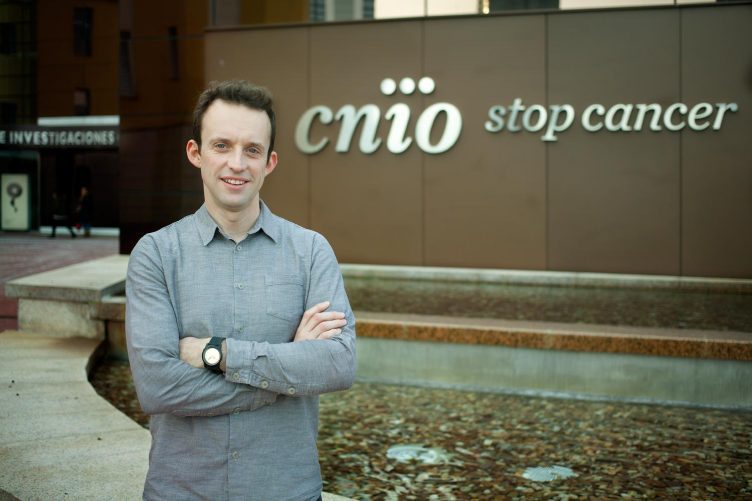 After 5 years at the University of Cambridge (United Kingdom), Australian researcher Geoff Macintyre establishes the Computational Oncology Group at the CNIO to study the so-called ‘complex genome tumours’ - such as lung, pancreatic, ovarian and oesophageal

To date, precision medicine has not developed enough approaches for these tumours that are caused by structural changes of the genome, and are deadlier and more difficult to treat

The long-term goal is to enable chemo-preventative treatment of patients with high-risk premalignant disease, to use chemotherapy in the earliest stages of cancer, and to facilitate drug repositioning

With this appointment, the CNIO reaffirms its commitment to computational analysis to develop new therapeutic and prevention strategies for cancer, and adds its Group to the newly created and led by researchers Felipe Cortés, Eva González and Solip Park

Precision medicine – where treatment is tailored to the specific changes seen in a patient’s tumour genome – has largely focused on single-point mutations. But few approaches exist for tumours with structural mutations. To reduce this knowledge gap and provide precision medicine strategies against these tumour types, the Spanish National Cancer Research Centre (CNIO) has appointed researcher Geoff Macintyre to launch a Computational Oncology Group to develop innovative diagnostic methodologies for tumours with complex genomes, capable of predicting tumour progression and malignancy before they even appear. The new group is located in the Structural Biology Programme led by Óscar Llorca at the CNIO.

Studying the past of a tumour to find its origin

Macintyre, a computational biologist, comes from the Cancer Research UK Cambridge Institute of the University of Cambridge (United Kingdom), where for the past 5 years he has been developing computational methodologies to understand how these tumours evolve over time. “We call it tumour archaeology,” he explains. “The tumour DNA carries a historical mutation record and with the right algorithms we can study its past.”

Throughout these years, Macintyre has developed computational methods that can identify at what moment in the life of a tumour different structural mutations have emerged, and the processes which caused them. These processes can sometimes take months, years, or decades. “When we sequence the DNA of a tumour tissue,” says Macintyre, “we get a readout of all the structural mutations that occurred in the life history of the tumour. I have developed a technology, published in Nature Genetics in 2018, that finds structural mutation patterns which represent different underlying causes, such as errors in DNA repair mechanisms, or aberrant shortening chromosome ends – telomere shortening.”

Addressing the tumour before its onset

Based on what he has learnt in these works, the new Computational Oncology Group that he leads at the CNIO will go much further back in time and analyze pre-tumour conditions, that is, those that exist before the onset of cancer. “There is a condition we call chromosomal instability, in which the genome becomes unstable and acquires the ability to change structurally. Each pattern of structural mutation that I have identified represents a different type of chromosomal instability, and depending on the type, it can dictate whether a lesion will stay benign in early stages or will evolve into an aggressive tumour.”

Macintyre will sequence the DNA of premalignant lesions and develop specific algorithms to observe chromosomal instability in its earliest stages, before it causes these aggressive tumours. Initially, he will work with lung cancer tissues, but he hopes to expand his studies to oesophageal and pancreatic cancer in future stages of the research. “I want to treat, not the mutations themselves, but the chromosomal instability that causes a tumour to develop and resist therapies,” he explains. “The long-term goal of my team – within the next five to ten years – will be to enable chemo-preventative treatment of patients with high-risk premalignant disease.”

Critical to this effort is the use of single-cell DNA sequencing. “Traditional bulk DNA sequencing – in which DNA from tens of thousands – if not millions of cells – is combined and sequenced, only provides a readout of the mutations shared across these cells. If we want to observe chromosomal instability at its earliest stages, we need to see the changes as they are emerging – the changes that are unique to each cell. With single-cell sequencing, we can see these changes.” Macintyre continues. “These unique changes provide us with a way to see the chromosomal instability that is going to cause a tumour tomorrow, today.”

This specific approach opens avenues to move precision medicine in cancer to earlier disease stages. “This technology could provide the opportunity to use chemotherapy in the earliest stages of cancer, which may allow lower dosing and, therefore, less toxicity for patients. Also, by being able to identify the many different causes of chromosomal instability, we may facilitate drug repositioning, where approved drugs used for other diseases can be used to treat chromosomal instability long before the tumour appears,” says Macintyre.

However, at this first stage, the short- and medium-term goals for the new CNIO group will be “to develop the diagnostic methodologies to predict disease progression as accurately as possible.”

With this appointment, the CNIO reaffirms its commitment to computational analysis to develop new therapeutic and prevention strategies for cancer. Geoff Macintyre joins the recent appointments of researchers Felipe Cortés, Eva González and Solip Park, who lead the new Groups of Topology and DNA Breaks, Transformation and Metastasis, and Computational Cancer Genomics.