Cell Reports. CNIO researchers ‘capture’ the replication of the human genome for the first time

A study led by Óscar Fernández-Capetillo has deciphered the components of the machinery that duplicates DNA, the replisome, on which most chemotherapeutic agents currently act

The analysis has used a new proteomic technique that has revealed up to 50 replisome components, some of which had not previously been identified

The results, published today in the journal Cell Reports, open avenues for research on potential therapeutic targets that may eventually lead to future oncology treatments

The Genomic Instability Group led by researcher Óscar Fernández-Capetillo at the Spanish National Cancer Research Centre (CNIO), has for the first time obtained a panoramic photo of the proteins that take part in human DNA division, a process known as replication.

The research article, published today in the journal Cell Reports, is the result of a collaborative study in which other CNIO groups have also participated, including the Proteomics Unit led by Javier Muñoz and the DNA Replication Group led by Juan Méndez.

DNA replication is the chemical process that sustains cell division, and thus one of the biological mechanisms targeted by most chemotherapeutic agents in order to destroy tumour cells.

To date, multiple independent molecular studies carried out over the last decades have given  a  general  idea  of  the  proteins  involved  in  the replication process. “We suspected that there might be several dozen proteins that control this process meticulously, thus ensuring the correct duplication of our genome as an indispensible step prior to cell division,” explains Fernández-Capetillo.

Thanks to the development of a new technology that allows to isolate recently synthesised DNA, in addition to sophisticated proteomic detection tools (the iPOND-MS technique), CNIO researchers have for the first time been able to precisely draw out, in a single experiment, the replication machinery. These results represent the first proteomic characterisation of the replisome.

According to the authors, the proteins identified have very different activities: they open up the DNA double helix, copy it, repair any breaks if needs be, modify it in different ways, etc. “In short, they’re all necessary in order to ensure the correct duplication of the DNA and avoid aberrations in the genetic material that form the basis of tumours”, states Fernández-Capetillo.

Andrés Joaquín López-Contreras, the first author of the study, adds: “Some of these proteins were already known but this study has also allowed us to identify new proteins needed for DNA replication, opening up new research paths in the field.”

DNA replication in cancer cells occurs in an uncontrolled or aberrant manner, which makes it the Achilles’ heel of oncology research. According to Fernández-Capetillo, the next step consists of applying these new technologies to finding differences in the replication machinery of normal and cancer cells, so that new therapeutic strategies can be found to treat cancer.

“If we manage to find fundamental differences between replication in normal cells and in cancer cells, we will surely be able to find new therapeutic targets on which to focus future treatments in the fight against cancer,” says the CNIO researcher. 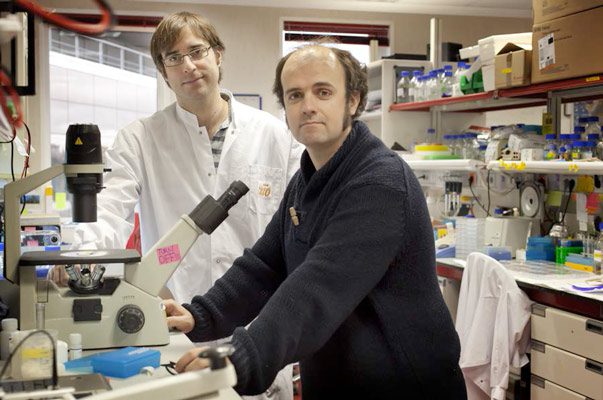