The study reveals the protective role played by a little-known protein complex, SMC 5/6, in cancer and ageing; the results emphasise, once more, the relationship between these two pathological processes

A study conducted by the Spanish National Cancer Research Centre´s (CNIO) Genomic Instability Group, led by Óscar Fernández-Capetillo, describes for the first time in mammals, the role played by the SMC5/6 protein complex in cancer suppression and premature ageing. Mutations in these complexes, which were sensitive to chemotherapeutic agents, had been previously described in yeast cells, but their exact relationship with cancer or other diseases in mammals was unknown. Researchers from the CNIO´s Telomere and Telomerase Group and the DNA Replication Group, headed by Maria Blasco and Juan Méndez respectively, also participated in the study. This work is published today in the digital version of the EMBO Journal.

The first evidence of the existence of the SMC5/6 complex dates from 1977, when studies in yeast cells found mutants that were sensitive to molecules that damaged the DNA, often used in chemotherapy. Since then, a number of molecules from this complex, formed by SMC5, SMC6 and NSMCE2 proteins, among others, have been identified and isolated. SMC complexes are ring-shaped in order to be able to bind to DNA molecules and reorganise and maintain chromosome structures. They are involved in preserving the structure of the chromosomes, as well as in the union of the two DNA strands until they separate during cell division.

In order to explore the importance of the SMC5/6 complex in mammals, the authors developed mice in which the amount of NSMCE2 was reduced to half. “We proved that NSMCE2 is absolutely essential for life, as it is impossible to obtain live animals without this protein,” said Fernández- Capetillo. “What is possible is to obtain animals that express half levels of NSMCE2, since only one of the chromosomes, either the father´s or the mother’s, carries the mutation,” stated the main authors of the study, Ariana Jacome and Paula Gutierrez-Martínez, both from Fernández- Capetillo’s lab at the CNIO.

In this case, the authors observed that the animals containing half the levels of NSMCE2 have a shorter-than-normal lifespan, mainly because they succumbed to a broad spectrum of tumours. These observations provide the first clear evidence into the role played by the SMC5/6 complex in limiting carcinogenesis.

While it is not possible to obtain animals without NSMCE2, the authors of this work later decided to explore the effect of eliminating this protein after the animals were born. In this case, they noted a dramatic acceleration of the ageing process. In addition, the animals developed a pathology similar to that of the rare human disease known as Bloom Syndrome. Patients suffering from this syndrome are at a higher risk of developing cancer.

At the cellular level, the researchers discovered that the causes of these phenomena — cancer and ageing — are due to the organisational function of the SMC5/6 complex in the chromosomes: the mutant cells for NSMCE2 present problems in the separation of these structures during cell division and tend to exchange parts amongst themselves.

The authors also highlight in the paper that these phenomena are independent of the ability of NSMCE2 to mediate the attachment of the small protein, SUMO, to other biological molecules; with these prints the complex can alter the functions of proteins in the cells. “The mice carrying an NSMCE2 protein without the ability to conjugate SUMO are perfectly normal, suggesting that the essential functions of the SMC5/6 complex are not due to this activity,” stresses Fernández-Capetillo

“In summary, for the first time, this paper describes how the SMC5/6 complex suppresses cancer and premature ageing, providing a new example that illustrates the intimate connection that exists between these two pathologies in mammals,” the researchers conclude.

The study has been funded by the Spanish Ministry of Economy and Competitiveness, the European Union, the Howard Hughes Medical Institute, and the Botín Foundation and Banco Santander through Santander Universities. 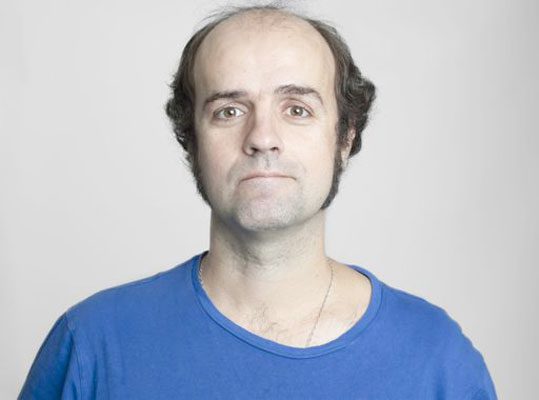 The researcher and leader of the study, Óscar Fernández-Capetillo. /CNIO