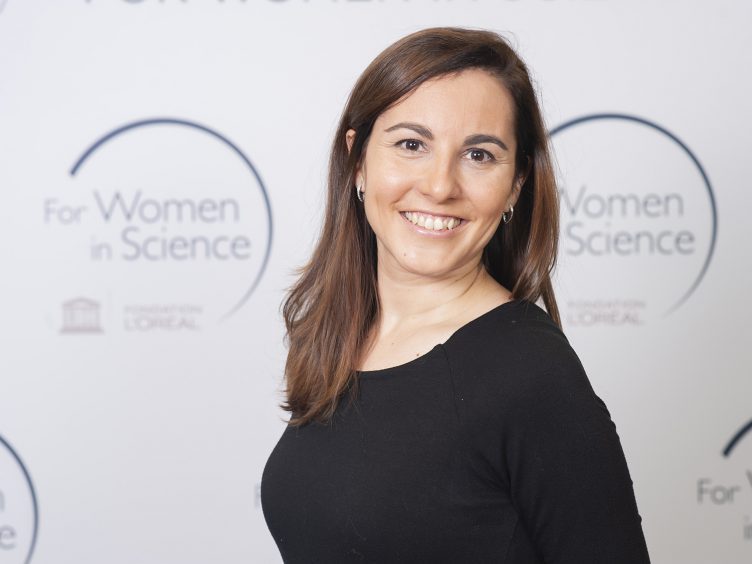 Ana Ortega, researcher at the Metabolism and Cell Signalling Group at the Spanish National Cancer Research Centre (CNIO), was awarded on 28 November at the 13th edition of the L’Oréal-UNESCO Awards for Women in Science, with the project ‘Study of the involvement of the mTORC1 signalling pathway in the pathology of follicular lymphoma and autoimmunity’.

Her work analyses the involvement of the signalling pathway of nutrients in the development and pathology of follicular lymphoma. This type of cancer, which affects the leukocytes (white blood cells), the lymphatic system and bone marrow, is the second most common type of malignant nodal lymphoma in Western Europe. Through her research, Ana Ortega is looking to find out how it works in order to lay the groundwork to develop better therapies.

The L’Oréal-UNESCO Awards for Women in Science are presented for research developed by Spanish female scientists under the age of 40. At the 13th edition of these awards, the work of Ana Ortega and four other researchers from as many Spanish centres in area of life sciences was recognised.

Ortega joins the list of 57 other Spanish female scientists who have been awarded with around 1 million euros since the programme was set up in Spain in 2000, with a view to promoting the visibility of women in science and encouraging younger women to go into scientific professions.

On this special day, Ortega was accompanied by Isabel López de Silanes, Head of the CNIO Women in Science Office (WISE). This office contributes to achieving and ensuring gender equality in science, promoting awareness of these fundamental issues and helping to correct imbalances observed in the research careers of the members of the Centre.