The Internet Day Awards recognize the efforts of ‘CNIO Friends’ 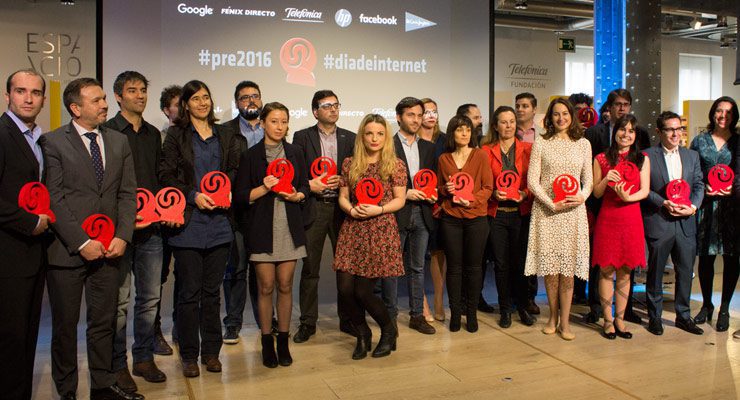 The CNIO Friends initiative is in luck. This morning, its Facebook page has risen to first place in its category in the Internet Day Awards, sponsored by Google, Fénix Directo, Telefónica, Facebook, El Corte Inglés, and HP. The Centre’s Director Maria A. Blasco has attended the ceremony held at the Espacio Fundación Telefónica.

The fan page of CNIO Friends, which was launched in February last year, has 31,000 followers and is a unique platform for raising funds to finance the work of about 400 researchers who work daily in the Centre to improve the prevention, diagnosis, and treatment of cancer.

These awards, which recognize “the good use of internet and new technologies”, have been attended by thousands of people who have issued more than 60,000 votes. This is the first distinction received by the CNIO Friends initiative, which has more than 600 benefactors today.