Change in the presidency of SOMMa: Maria A. Blasco substitutes Luis Serrano 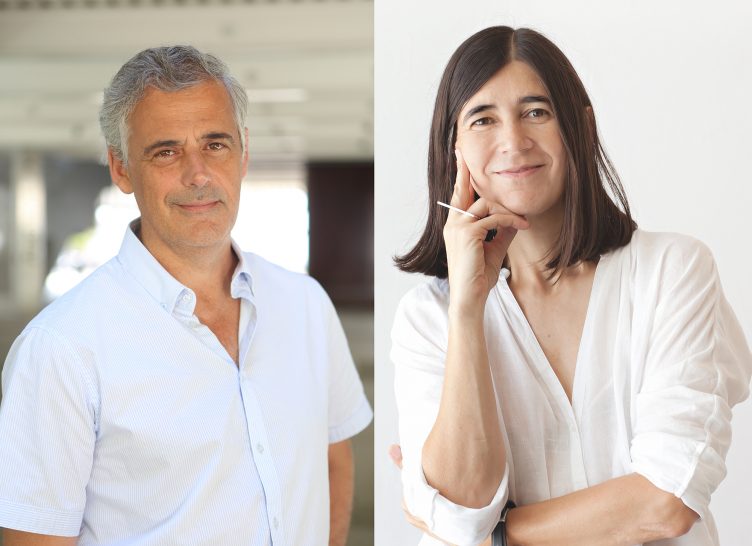 During the three years that Luis Serrano has been president of SOMMa, together with vice presidents Maria A. Blasco and Mª José Sanz, the alliance has deployed an intense activity in science policy, establishing bridges with numerous entities of the political and scientific world

“Our country has research institutes and researchers that are among the best of the word, this needs to be valued and boosted by our governors, not only financing science at a level suited to an ambitious country, but also easing the excessive administrative burden that thwarts the retention and contracting of international talent”, highlights the new president

Serrano steps down from the presidency after intensive efforts put in science policy, calling once more for R+D+I to become a priority for the country

The Severo Ochoa and María de Maeztu Alliance, SOMMa, gathers over 50 top Spanish research institutions with over 8,500 researchers, was launched officially from the CRG on October the 18th, 2017, with the support of then Secretary of State of Research of the Ministry of Economy, Carmen Vela, as an initiative to visibilize the Spanish science with the Severo Ochoa and María de Maeztu mentions of excellence of the Spanish State Plan for R+D+I.

The Severo Ochoa and María de Maeztu mentions are the highest institutional recognition to scientific research in Spain. Their awardees, selected by an international evaluation committee, cover practically all areas of knowledge, from physics and mathematics to environmental sciences and biomedicine, as well as humanities. A reflection of the excellence of SOMMa centres and units is the fact that they are also those institutions that occupy the first positions in international scientific rankings.

The law for public contracts of 2017, Ley 9/2017, raised the alarms of the Spanish research community. This marked the start of an intensive task in scientific policy of SOMMa, which managed to make of the alliance an actor to be taken into account in the Spanish scientific scene. The exchanges between the directive teams of alliance members provided ample perspective and new connections with numerous scientific societies, associations of researchers and of companies active in R+D+I. With them, the alliance has launched and participated of numerous actions and positioned itself publicly in defence of science.

A number of legislative initiatives of the Spanish Government in the area of research have been taking place recently: the “Real Decreto de medidas urgentes para la ciencia” (February 2019), the “Plan de choque para la ciencia española” (July 2020), the increase of the spending limits in order to increase the science budget in Spain (September 2020) and the recent approval of the Spanish General Budget, with a substantial increase in the funding for research.

In February 2019 a package of urgent measures for science was approved unanimously in the Congress. The measures removed the expenditure intervention by the Spanish Ministry of Finance and reverted the decrease of the economic limit necessary for compulsory public tenders for the contracting of services. From the outgoing presidency this is considered as one of the major achievements in response to the threat that posed the application of the aforementioned law of public service contracts for Spanish research.

“We cannot say that the current situation of science in Spain is good, but we have seen improvements”, admits Luis Serrano. “We need to persist in the demands for more juridical safety, administrative improvements and for the refinement of the most unclear or inapplicable aspects of the current legislative framework. This will maximize the impact of the available resources. It is unknown whether the investment in science will consolidate in the future or if it will decrease once the extraordinary European funding is withdrawn. A wide consensus, in theory already in existence, is required, but what is lacking is that science is truly seen -at the highest governance levels- as a priority for the country.”

“After these difficult months of pandemic, we have seen how society became more aware than ever about the relevant and inexcusable role of science in the resolution of the problems and challenges that may bring us new diseases or the growth or aging of World population”, reflects Maria A. Blasco. “Perhaps this is the moment to open a new debate about the strengths and weaknesses of science policy in our country, empowering, as well, the various social actors in the area of science that  develop a truly excellent job, with transcendental results for our society”. The new president has highlighted, as well, “the necessity of promoting measures, both social and political, aimed at powering economic and social impact of Spanish research, improving its legislative framework and financial stability”.

The end of the term of Luis Serrano follows the recent campaign launched together by ASEICA, AseBio and SOMMa in favour of R+D+I, with support of almost 50 entities. Other relevant milestones have been the firm support of the Minister Pedro Duque towards the Severo Ochoa programme (January 2020), the first positioning in science policy of the alliance, the “Informe SOMMa: Acciones necesarias para salvaguardar la competitividad de la ciencia” (March 2018), or the establishment of a forum for the dialogue between the directive teams of the Severo Ochoa and María de Maeztu centres and units.

Serrano finished his term reminding, as well, the importance of dialogue during his period in the presidency of SOMMa: “The frank, constant, constructive dialogue between those who do the research and those who administer the research system is the way to match the actions that are possible with the real necessities: both those needs that are urgent and those for the long term. We must build on top of our strengths and successes and not give up on the correction of the deficiencies of our system. Hopefully we reach a 2.5 % investment in research by 2030. The sustainability of the welfare state will depend upon the ability to generate high added value and, as a result, on sectors and industries based on the generation of knowledge”.