Home | News | Scientific News | A new mechanism that explains the toxicity of USP7 inhibitors, which are under development for the treatment of cancer, unveiled

The EMBO Journal. A new mechanism that explains the toxicity of USP7 inhibitors, which are under development for the treatment of cancer, unveiled 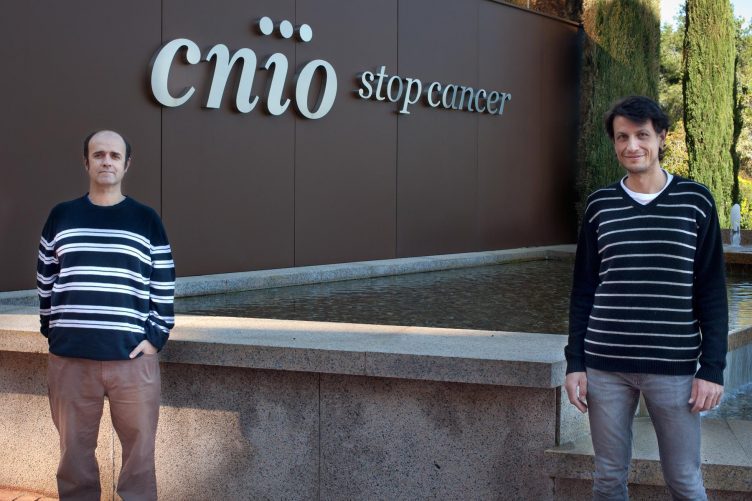 The researchers have discovered that USP7 inhibitors -under development by several pharmaceutical companies for the treatment of cancer- trigger a premature activation of cell cycle proteins, leading to uncontrolled cancer cell division and death

The paper rejects the premise that the therapeutic efficacy of these inhibitors is due to their effects on activating the tumour suppressor protein P53, as currently accepted by the international scientific community

These results extend the potential use of USP7 inhibitors to a wider range of patients, regardless of whether their tumours express the P53 protein or not

Understanding the components that control cell division is fundamental to understanding how life works and how alterations in this delicate process can cause diseases such as cancer. It was precisely the discoveries of “key regulators of the cell cycle” and their implications for processes such as cancer, that won the British scientists R. Timothy Hunt and Paul M. Nurse and the American scientist Leland H. Hartwell the 2001 Nobel Prize in Physiology or Medicine. A study led by Óscar Fernández-Capetillo, Head of the Genomic Instability Group at the Spanish National Cancer Research Centre (CNIO) and published this week in The EMBO Journal uncovers a new cell cycle control element, the USP7 protein. It acts as a brake to prevent cells from dividing until the process of copying genetic material has been completed, and it also monitors this copying process to ensure that it happens correctly. “USP7 acts like a ‘skipper’ of the cells, who keeps the engines that drive cell division running at low speed,” explains Fernández-Capetillo.

In addition to their importance for understanding the cell cycle, these results may have far-reaching implications for oncology as in the last three years several pharmaceutical companies around the world have been developing USP7 inhibitors for the treatment of this disease.

“Our study shows that USP7 inhibitors trigger an unbridled and premature activity of the machinery that controls the cell cycle, which, among other things, causes the genetic material to break apart as it tries to replicate,” the researchers say.

“Understanding how these drugs work will help to improve the identification of patients who might benefit from their use, and also of potential combinations with other drugs that should be explored or avoided.”

Cell death as a result of cell cycle over-activation

One of the most delicate and important processes that cells face in cell division is the copying of genetic material for subsequent distribution to daughter cells. If this happens in an abnormal way, cells can accumulate mutations that make them unstable and even cancerous.

In 2016, Fernández-Capetillo’s team published a paper in the journal Nature Structural & Molecular Biology, in which they demonstrated that USP7 accompanies the cohort of molecules that form part of the replisome —a group of proteins involved in DNA copying— to eliminate specific tags or signals called ubiquitins from the places in the genome where DNA is being copied, thus facilitating the replication process. Already at that time, the researchers suspected that, in addition to regulating DNA replication, USP7 inhibitors could also affect the cell cycle.

The pharmaceutical development of USP7 inhibitors as anticancer agents has been mainly based on their ability to activate the tumour suppressor protein P53, which is a potent inducer of cell suicide. However, in the 2016 paper mentioned above, Fernández-Capetillo’s group already showed that the effects of these inhibitors on genome replication were not solely related to P53: “Our data indicate that USP7 is essential for genome replication in cells with or without p53,” they said.

So, if not through P53, how can these inhibitors cause tumour cells to die? The paper published this week shows that the drugs have a direct effect on the cell cycle machinery that regulates cell division. Specifically, the researchers found that treatment with these inhibitors triggers premature and widespread activation of the CDK1 protein, a key driver of the cell cycle, which leads to uncontrolled cell division, DNA damage and ultimately cell death.

The fact that USP7 inhibitors work by deregulating CDK1 opens the door to possible therapeutic combinations that could increase the efficacy of these drugs in cancer patients. According to the researchers in the article, there are several anticancer therapies in clinical trials that are acting at the same level, i.e. favouring the premature activation of CDK1, such as ATR or WEE1 inhibitors. “The effect of the combination of USP7 inhibitors together with other inhibitors that also promote CDK1 activity could be synergistic and increase the anticancer effects of these compounds in cancer patients,” explains Fernández-Capetillo. “Furthermore, we also anticipate that drugs that decrease CDK1 activity will reduce the efficacy of USP7 inhibitors.”

The findings of this new study also have other important implications for the use of these USP7 inhibitory compounds, as they confirm the 2016 observations that suggested these drugs can be effective regardless of whether tumours express P53 or not. The original idea that USP7 inhibitors work through stimulating P53 restricted their potential use to those patients whose tumours express this protein, which occurs in slightly less than 50% of cases. Therefore, the finding that these agents work by a P53-independent mechanism opens up their potential use to a much larger number of patients.

Currently, Fernández-Capetillo’s group is focusing on uncovering new mechanisms of resistance to anticancer therapies, including USP7 inhibitors, to improve their efficacy in the clinic.

The study was funded by the Spanish Ministry of Science and Innovation, the Carlos III Institute of Health, the European Research Council and the European Regional Development Fund.