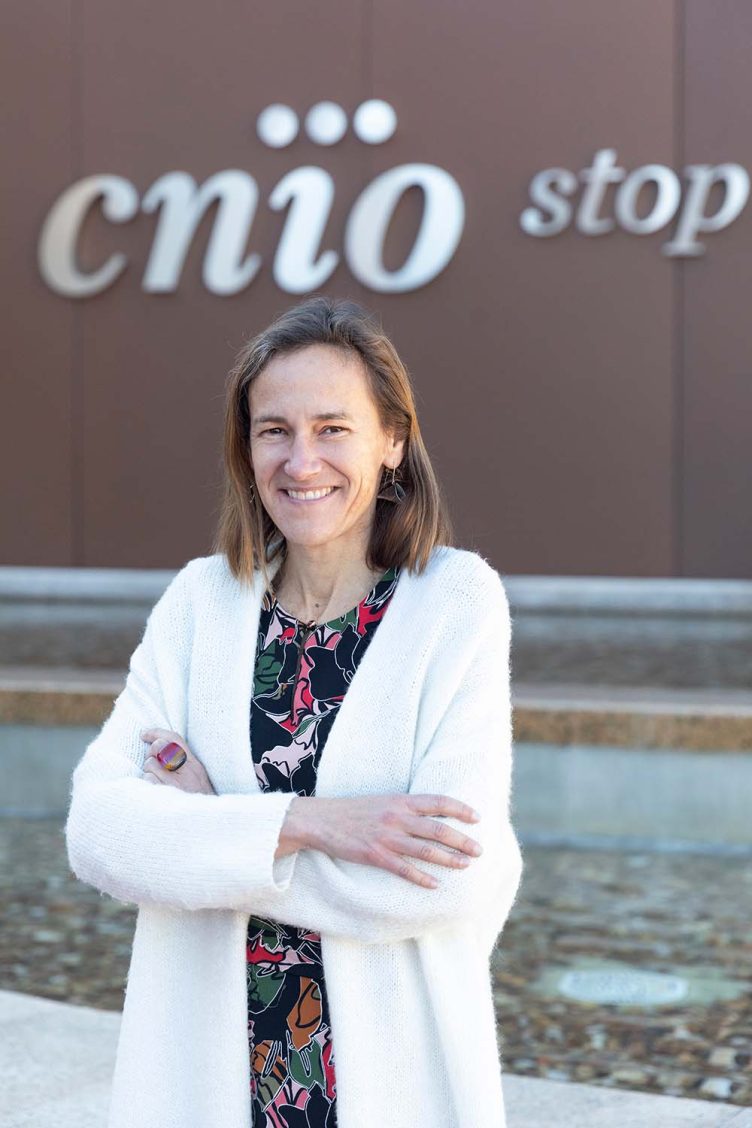 Eva González Suárez, a researcher at the National Cancer Research Centre (CNIO), has received an ERC Proof of Concept grant from the European Research Council (ERC) for the development of new treatments for triple-negative breast cancer. Thanks to this funding, over the coming months, González Suárez will be working on developing a new generation of drugs aimed at blocking signalling through the RANK protein, which plays a key role in the development of these tumours.

This type of grant, which provides € 150,000 in funding over 18 months, is aimed at researchers who have previously received a prestigious ERC grant and who now, in the next phase, aim to explore the commercial potential of their research for the benefit of society.

Triple-negative breast cancer is one of the least common, but most aggressive and hard-to-treat forms of breast cancer, and it usually affects mostly young women under the age of 40. It therefore represents a major socio-economic problem, especially in developed countries.

González Suárez first described the key role of RANK in the development of breast cancer back in 2010. Since then, her group and others have pointed out that RANK ligand inhibitors such as denosumab, used in the treatment of bone-related diseases such as osteoporosis and bone metastases, could prevent breast cancer and improve the prognosis of breast cancer patients.

But denosumab, despite its effectiveness in bone disease and breast cancer prevention, has shown limited clinical benefit in clinical trials with breast cancer patients. In addition, González Suárez’s team has observed that genetic blocking of a RANK-related protein in mice is much more effective than acting directly on RANK ligand for the treatment of breast cancer.

Now, CNIO’s Transformation and Metastasis Group led by González Suárez will look for specific inhibitors against this protein, for which they already have candidates in the laboratory that could be effective, developed in collaboration with Xavier Cbarrel, ICREA professor at the University of Barcelona. González Suárez’s team will work on this project with different units from CNIO’s Innovation Area, including Sonia Martínez’s team from the CNIO´s Experimental Therapeutics Programme, Giovanna Roncador from the CNIO´s Monoclonal Antibodies Unit and the CNIO´s Office of Technology Transfer.

González Suárez’s ERC Proof of Concept  is part of the new European Framework Programme for Research and Development Horizon Europe (2021-2027) and is in addition to the one previously awarded to Óscar Fernández–Capetillo, the ERC Advanced Grantawarded to Mariano Barbacid, Maria A. Blasco, Marisol Soengas, the ERC Consolidator Grant received by Cortés, Eva González Suárez and Manuel Valiente, and the ERC Starting Grant awarded to Alejo Efeyan.