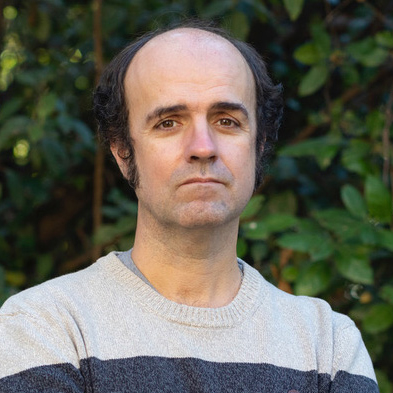 Óscar Fernández-Capetillo (born in Bilbao in 1974) obtained his PhD from the Universidad del País Vasco working on the role of E2F transcription factors on the development of the immune system with A. Zubiaga. He then joined the laboratory of A. Nussenzweig at the National Cancer Institute, USA, where he started to work on the cellular response to DNA damage (DDR), focusing particularly on the role of the histone variant H2AX and other chromatin-related aspects.

After three years at the NCI he joined the CNIO to lead the Genomic Instability Group where his work has continued to focus on chromatin but now mainly concentrates on developing cellular and animal tools for studying the role of the ATR/Chk1 signalling cascade in the protection against cancer and ageing.

His work has been recognised through several national and international awards/honours including the Eppendorf Award for Young Investigators (2009), elected EMBO Young Investigator (2008), an ERC Starting Grant (2007), the membership to the EPIGENOME Network of Excellence (2006), and the Swiss Bridge Award (2005).