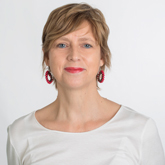 Giovanna Roncador was born in Trento (Italy) in 1967. In 1994 she obtained her degree in Biology from the Università di Bologna for her thesis on apoptotic and proliferative activities in non- Hodgkin’s lymphoma.

From 1994 to 1996 she was in charge of the routine diagnostic immunohistochemistry laboratory, the Department of Haemolymphopathology, Università di Bologna. In 1997 she moved to Oxford (UK) where she worked at the Nuffield Department of Clinical Laboratory Sciences, Oxford University. She specialised in mAb technology focusing on the production and characterisation of mAbs for the diagnosis of lymphomas.

In October 2000 she joined the CNIO as Head of the Monoclonal Antibodies Unit to set up monoclonal antibodies technology.

Her Unit has developed more than 60 high quality mAbs. The characterisation and application of these mAbs are described in more than 35 publications, mostly in collaboration with research groups from the CNIO as well as other institutions.

In 2009, in collaboration with the Leukaemia Research Fund Antibody Facility at Oxford University, she set up the first European Network of laboratories specialised in the production of mAbs (http://euromabnet.com).