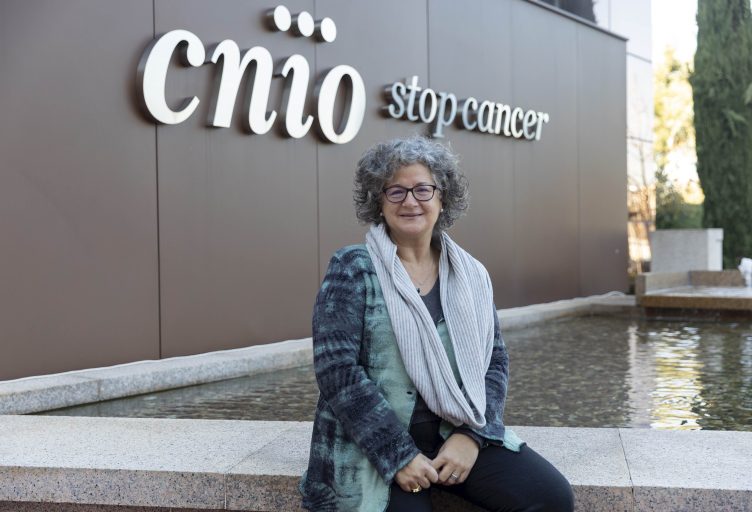 A genetic signature of 27 microorganisms in stool defines the high-risk population for pancreatic ductal adenocarcinoma, the most common pancreatic cancer, and could be used for early detection of the disease
This is the most comprehensive study of the influence of the microbiome on pancreatic cancer.
Late diagnosis of the disease and the absence of efficient screening tests are some of the causes of the high lethality of this type of cancer
CNIO and EMBL have patented the results to develop a rapid, non-invasive and affordable diagnostic kit for pancreatic cancer from stool samples

Pancreatic cancer is not one of the most frequently diagnosed cancers, but it is one of the most lethal due to its early local extension and metastatic behaviour. Some of the reasons for this high fatality rate are late diagnosis of the disease, especially since symptoms are unspecific and appear rather late, and limited therapeutic options.

Using patient samples provided by a number of clinical collaborators, researchers from the Spanish National Cancer Research Centre (CNIO), led by Núria Malats, and the European Molecular Biology Laboratory (EMBL) in Heidelberg, led by Peer Bork, have found a molecular signature of 27 microorganisms in stool samples that could predict whether  patients are at high risk of pancreatic ductal adenocarcinoma, the most common pancreatic cancer, and even diagnose patients with earlier stages of the disease.

A patent has been applied for to develop a pancreatic cancer diagnostic kit that detects these microbial genomes in stool samples in a rapid, non-invasive, and affordable way. The study was published this week in the journal Gut, one of the most prestigious journals in the fields of gastroenterology and hepatology.

The symptoms of pancreatic cancer are silent and often appear in the late stages of the disease, when tumours usually cannot be removed through surgery. Therefore, there is an urgent need for non-invasive, specific, and affordable tests that are able to detect the disease early and improve patient survival.

“In many cases, once pancreatic cancer is detected, it is too late. We need to diagnose the disease at a much earlier stage, before symptoms appear. To do this, we need to identify and define the population at risk and have good screening tests to detect the cancer when it is still curable,” the researchers pointed out.

Recent data suggest that the microorganisms that coexist with cells in the human body – the  microbiome – may play a role in the origin and development of pancreatic ductal adenocarcinoma.

To study this possible relationship in depth, the researchers conducted a unique case-control study with 136 individuals (57 newly diagnosed patients, 50 controls, and 27 patients with chronic pancreatitis) who were deeply characterized at epidemiological and clinical levels and from whom samples of saliva, faeces and pancreatic tissue were taken to analyse their microbiome. The subjects were recruited from two Spanish hospitals in Madrid (Ramon y Cajal Hospital) and Barcelona (Vall Hebron Hospital).

The most comprehensive study of the microbiome in pancreatic cancer

Contrary to common belief, the oral microbiome was not found to be associated with pancreatic cancer but faecal microbes were. “Sophisticated biostatistical and bioinformatics analyses have allowed us to construct a signature of 27 stool-derived microbes, mostly bacteria, that discriminates very well between cases with pancreatic cancer and controls, both in their most advanced and earliest stages,” said Malats and Bork. This gene signature was validated in an independent study carried out in two German centres, Frankfurt (Goethe University Hospital) and Erlangen (University Clinic Erlangen), and in 5792 faecal metagenomes from 25 studies in 18 countries. It is currently being studied in a Japanese population.

However, pancreatic cancer is a disease with a very complex aetiology and multiple risk factors such as age, obesity, diabetes, chronic pancreatitis, smoking, high alcohol consumption, blood type, and family history of cancer. To avoid biases and to ensure that the microbes identified are associated with pancreatic cancer and not with obesity, diabetes, or other risk factors, the authors controlled for these clinical and demographic variables in the analysis. “This level of analysis is unprecedented in pancreatic cancer metagenome studies,” the investigators said.

As the researchers write in the pages of Gut, the high predictive value of this stool gene signature could serve as a biomarker to define the population at risk and, if validated in clinical trials, it could be used for early diagnosis of pancreatic cancer. “Currently, screening programmes are targeted to families with pancreatic cancer aggregation, which represent only 10% of the burden of the disease. The inclusion in these screening programmes of a stool analysis to identify the identified microbial signature could help to detect the rest of the population at risk,” they added.

This study has been funded by the Worldwide Cancer Research, the European Research Council, the European Regional Development Fund, Spanish Ministry of Science and Innovation, the Carlos III Institute of Health, AESPANC-ACANPAN (Carmen Delgado and Miguel Pérez-Mateo grant) and the European Union (#018771-MOLDIAG-PACA, #259737-CANCERALIA).