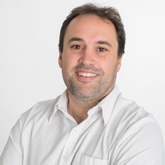 Hector did his PhD in the laboratory of Dr. Amparo Cano in Madrid (Spain, Biomedical Research Institute “Alberto Sols”) where he specialized in analyzing Epithelial to Mesenchymal Transition Mechanisms. In this lab he described the molecular mechanisms of EMT regulated by Snail transcription factor and Lysyl Oxidase 2 (EMBO J (2005), Nat. Rev Cancer. (2007). They defined a role for beta-catenin in regulating cancer stem cell behavior in skin cancer (Nature. (2008)). Hector joined Dr. Lyden’s laboratory as a postdoctoral associate in 2008 to study the crosstalk between tumor cells and bone marrow derived cells during metastatic progression. His work defined that tumor-secreted exosomes educate bone marrow progenitor cells toward a pro-metastatic phenotype (Nature Medicine. 2012.). In 2013 he was promoted to Assistant Professor in the Department of Pediatrics at Weill Cornell Medical College, New York. He joined the CNIO in 2015 as the group leader of the laboratory of Microenvironment and Metastasis. His current research goals are focused on on understanding the role of tumor-secreted exosomes in the crosstalk with the tumor microenvironment during metastasis. His recent results together with Drs. Lyden and Bromberg demonstrate that tumor-derived exosomes are uptaken by organ-specific cells preparing the pre-metastatic niche influencing metastatic organotropism (Nature Cell. Biol 2015, Nature 2015).