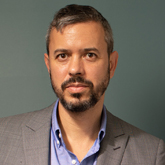 I received my Ph.D. in Theoretical Physics in 2001 and went on to conduct research in that field at the European Laboratory for Particle Physics (CERN) in Switzerland and at the Institute for Advanced Study (IAS) in Princeton. In 2006 I joined The Simons Center for Systems Biology program at IAS, as a Martin A. and Helen Chooljian Member. In 2008 I joined the faculty at Columbia University, where I am currently the Gerald and Janet Carrus (tenured) Professor with a joint appointment in the Department of Systems Biology and the Department of Biomedical Informatics and the director of the Mathematical Genomics Program at Columbia University and of the Columbia University Center for Topology of Cancer Evolution and Heterogeneity, an NCI Physics and Oncology Center. At Columbia, I lead a highly interdisciplinary lab with researchers from the fields of mathematics, physics, computer science, engineering, and medicine, with the common goal of solving pressing biomedical problems through quantitative computational models.

My scientific work has led to more than 230 peer-reviewed scientific publications (citations 21,247, h-index 63, i10 index 174 in Google Scholar, as of October 2020), and I have been for several years in the top 1% high cited researchers by Web of Science. My transdisciplinary contributions have resulted in publications in the highest impact factor journals in corresponding fields, including New England Journal of Medicine, Nature, Science, Nature Genetics, Nature Medicine, Cell, Nature Methods, Nature Biotechnology, among many others. In the last 5 years I have participated in more than 80 publications, being corresponding author in more than 30 publications, including Nature Biotechnology, Nature Medicine and Nature Genetics among many others. More importantly, our work has led to novel therapies that are being tested in the clinic, such as the development of BRAF as a therapeutic target in hairy cell leukemia, following our discovery that this gene carries aberrant activating mutations (V600E) in 100% of affected patients. Blocking the ensuing aberrant activity, using novel inhibitors developed for melanoma, opens a window of opportunity for curing the disease. The use of vermurafenib led to complete remission in several patients with relapsed or refractory hairy cell leukemia. In addition, this project has since led to two phase II clinical trials of vemurafenib one in the US (Memorial Sloan-Kettering Cancer Center) and the other in Europe (multi-center, Italy), with promising results.

My work is mainly focused on developing tools and approaches to analyze genomic data, extracting the relevant information to understand the molecular biology, population genetics, evolution, developmental processes and epidemiology of cancer. The impact of the tools and associated discoveries have been reported in numerous publications, among many others: