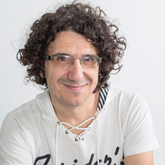 Marcos Malumbres studied Biology at the Universidad de Navarra and then moved to León for PhD studies on genes and molecular pathways required for amino acid biosynthesis in bacteria. He obtained the PhD in Molecular Biology at the Universidad de León in 1993 and moved to the New York University Medical Center (USA) for postdoctoral training. During this period, he focused on the effect of oncogenes in cell cycle control and cell proliferation. He returned to Spain in 1998 to join M. Barbacid’s lab in the newly created Spanish National Cancer Research Centre (CNIO). In 2003 he obtained a Staff Scientist position at the Consejo Superior de Investigaciones Científicas (CSIC) and in June 2004 he was appointed senior group leader of the Cell Division and Cancer Group at CNIO.

Marcos Malumbres has authored more than 200 international articles including relevant contributions to understanding the in vivo function of key cell cycle regulators and their relevance in cancer therapy. His investigation in cell cycle proteins contributed to the approval of specific inhibitors that are currently the standard-of-care in metastatic breast cancer. His current research focuses on improving current cancer therapies and discovering new candidates for clinical use in the future.

Malumbres was elected member of the European Molecular Biology Organization (EMBO) in 2016 and received the Gold Medal of the Spanish Association against Cancer (AECC) in 2019 for his contributions to Science and commitment with Society and cancer patients. He is a visiting Professor of the Dana Farber Cancer Institute-Harvard University in Boston since 2019.