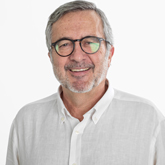 Benítez spent several years working on the cytogenetics of human tumours at the Fundación Jiménez Díaz, Madrid, and from 1995 his group focused specifically on hereditary breast cancer and the characterisation of genes responsible for hereditary breast/ovarian cancer (BRCA1 and BRCA2) and the search for new genes (BRCAX).

Over the past few years his research has focused on familial cancer in general as well as the search for low penetrance genes associated with cancer using high throughput technologies.

Benítez has been President of the Spanish Society of Human Genetics and is currently an active member of various scientific societies and reviewer for various scientific publications and funding agencies. He has been Professor of Human Genetics at the Universidad Francisco de Victoria in Madrid, and is Honorary Professor at the Universidad Autónoma de Madrid. He is also Director of the Spanish National Genotyping Centre (CEGEN, Madrid) since 2004.