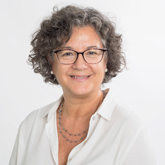 Núria Malats was born in 1962 in Barcelona, Spain. She obtained her MD in 1986 and her PhD in 1995 from the Universitat Autònoma de Barcelona and was one of the first scientists working in genetic and molecular epidemiology in Spain.

From 1992-1995 she coordinated a national multicentre project on the molecular epidemiology of pancreatic cancer (PANKRAS2). In 1996 she was Visiting Scientist at the International Agency for Research on Cancer (IARC-WHO) in Lyon, France, where she trained until 1998 in genetic epidemiology. She then returned to Spain in 1998 and obtained a research contract from the Ministry of Health.

Prior to joining the CNIO in 2007 she was a Scientist at the Centre de Recerca en Epidemiologia Ambiental (CREAL-IMIM, Barcelona), leading and participating in national and international competitively funded projects, and also coordinated the Spanish research network on bladder cancer.

She is PI of the European Study on Pancreatic Cancer Genetics and Epidemiology (PanGen-EU) and co-PI of the Spanish Bladder Cancer/EPICURO Study, both being large case-control/cohort studies integrating scientific interests from different disciplines in cancer development and progression.

Malats is the Spanish delegate of the Public Health Genomics European Network (PHGEN) and has participated in teaching programmes for underand post-graduate courses at several universities. She is Member of the Scientific Board of the European Society of Urological Research (ESUR) and the European Association of Urology Research Foundation.