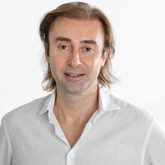 Miguel Quintela-Fandino was awarded his MD degree from the Universidad de Navarra in 2000 and trained as a medical oncologist at the Hospital Universitario 12 de Octubre. He then received his PhD from the Universidad Complutense de Madrid for his research on the impact of micrometastasis in patients with locally advanced high-risk breast cancer (2005). He also obtained a Master´s Degree in biostatistics from the Universidad Autónoma de Barcelona. He then joined Tak Mak´s laboratory at the Ontario Cancer Institute, Canada, as a Postdoctoral Research Fellow for four years. After this period, he complemented his clinical training with a Fellowship in the Drug Development Program at the Princess Margaret Hospital for two more years focused on the development of several first-in-class, first-in-human drugs. He returned to Spain by mid 2010 to lead the Breast Cancer Clinical Research Unit supported by a "Beca de Retorno" grant awarded by the AECC Scientific Foundation. His research highlights are:

Miguel has received several honours for his research, including the ASCO Young Investigator Award and the ASCO Merit Award (twice) and the Astra-Zeneca award.