The results are published today in the journal Cell Reports

A large part of the effort dedicated to cancer research is directed towards the search for combinations of existing drugs—many of which have already been introduced into clinical practice—that permit higher overall survival rates and improvements in the quality of life of cancer patients.

Marcos Malumbres, a researcher at the Spanish National Cancer Research Centre (CNIO), and his team have discovered how etoposide — a drug widely used in the treatment of lung and testicular cancers, leukaemias and brain tumours — could increase its efficiency and specificity in combination with other compounds that interfere with cell division. The results are published today in the journal Cell Reports.

The study has been carried out jointly with the Groups of Óscar Fernández-Capetillo and Javier Muñoz’s at the CNIO, and with Hiroyuki Yamano’s team at the University College London’s Cancer Institute.

Etoposide, a compound obtained from a variant of the mandrake plant, blocks a protein needed for DNA repair during cell division: the Topoisomerase II (TOP2) enzyme. This blocking action increases the damage to genetic material and causes cell death.

Malumbres explains that: “Etoposide affects tumour cells, which are the ones that divide the most and that need TOP2 to repair their DNA, but it also affects healthy cells”, adding that: “this lack of specificity causes alterations in healthy tissues that translate into secondary illnesses and toxicity for the organism”.

The researchers point out that “the challenge now is to improve the drug’s therapeutic window, so that the dose range becomes more effective without increasing toxicity and the secondary effects associated with the treatment”.

Up until now, data on molecular pathways that govern topoisomerase levels in cells were scarce and did not clarify much. Now, Manuel Eguren, a researcher on Malumbres’s team, has, for the first time in animal models and in human cell lines, related TOP2 with the cell division protein regulator Cdh1, so that a decrease in Cdh1 activity increases TOP2 levels in cells.

This study allows for the identification of the formula for increasing TOP2 levels in cells. The research team therefore proposes a new form of effective tumour treatment: the combination of Cdh1 inhibitors (amongst which can be found a substance called proTAME) with etoposide.

“proTAME — which is undergoing preclinical trials to inhibit tumour cell division — could increase the effectiveness of etoposide in cancer cells, those that divide the most and those that therefore have a greater dependency on TOP2 to maintain DNA integrity”, say the researchers. This combination of drugs could maximise the anti-neoplastic effect of etoposide and would imply a reduction in the dose and lower toxicity.

Previous studies further indicate that Cdh1 is inactive in some patients due to various oncogenic mutations. “Our data suggest that patient stratification based on their tumour´s Cdh1 status could improve the effect of etoposide in these patients’ treatment”.

The next step for Malumbres’ team is to study this new drug cocktail in patients and to investigate the tumours in which this new therapeutic strategy would be most effective.

This project has been funded by the Ministry of Economy and competitiveness, the European Union and the Community of Madrid. 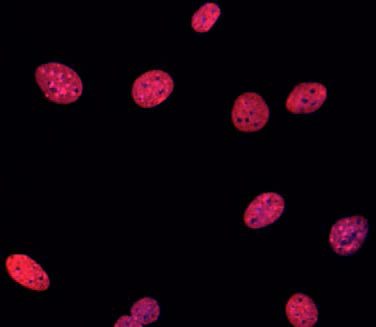 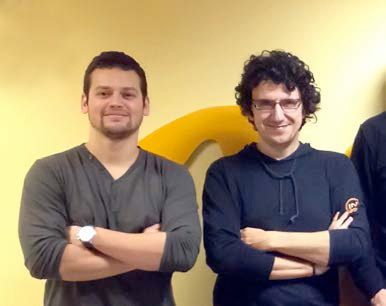