Home | News | The structure of protein RAF1 revealed: a key step in the development of new drugs against lung cancer

Molecular Cell. The structure of protein RAF1 revealed: a key step in the development of new drugs against lung cancer 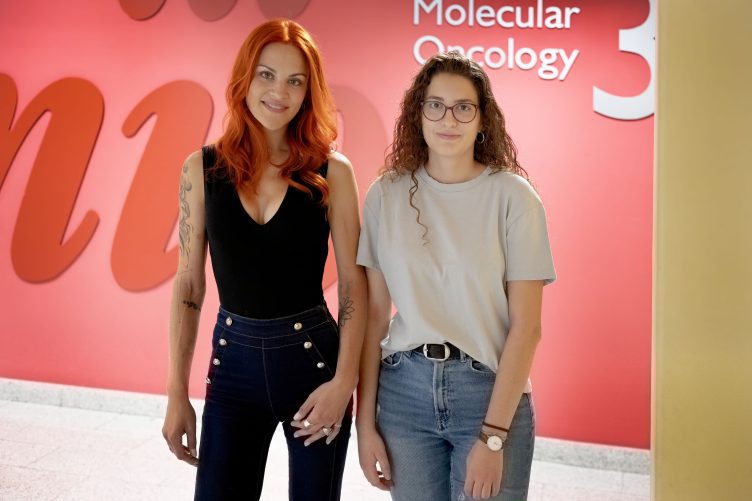 About 30,000 cases of lung cancer occur in Spain each year. Mutations in KRAS oncogenes account for 10-15% of these cases, a subgroup against which there are still no effective therapies
The groups of Mariano Barbacid at the Spanish National Cancer Research Center (CNIO) and Guillermo Montoya, at the University of Copenhagen, have succeeded in determining the structure of the RAF1 protein, a therapeutic target against cancers associated with KRAS oncogenes
The result of this study, published in Molecular Cell, makes it possible to identify structural vulnerabilities in RAF1, a key step to design drugs capable of destroying it
The creation of RAF1 degraders is a realistic option to put these experimental results into clinical practice, and thus be able to combat these tumors with new therapeutic weapons in the not too distant future," says Sara García-Alonso, CNIO researcher and co-lead author of the study

One of the main challenges in oncology is the development of drugs against KRAS oncogenes. These oncogenes -genes that cause cancer when mutated – are responsible for a quarter of all human cancers, including the three tumor types with the highest mortality rates: lung adenocarcinoma, colorectal carcinoma and pancreatic ductal adenocarcinoma.

Although KRAS oncogenes were already discovered by Mariano Barbacid’s group four decades ago, the first drug against them -Sotorasib, Amgen- has been approved by the FDA only a year ago. As important as this milestone is, Sotorasib acts only against tumors carrying one of the multiple mutations present in the KRAS oncogenes and its clinical impact is therefore limited. Moreover, patients treated with this drug develop resistance within a few months of treatment.

Beyond the development of drugs against KRAS, one of the most active research areas at the moment seeks to identify inhibitors of proteins, such as RAF1, responsible for transmitting the KRAS oncogenic signals.

In this regard, Mariano Barbacid’s laboratory, using genetically modified mouse models that faithfully recapitulate human lung adenocarcinomas, demonstrated four years ago that elimination of the RAF1 protein induced regression of most tumors without significant toxic effects.

These observations have generated enormous interest in finding drugs capable of degrading RAF1. The results published today in Molecular Cell open up a window of opportunity to design RAF1 degraders that, either alone or in combination with KRAS inhibitors, could generate an important therapeutic effect in patients with lung adenocarcinoma induced by KRAS oncogenes.

The determination of the three-dimensional structure of RAF1 is a key step towards this goal, because it reveals the parts of the protein to which a drug could be chemically anchored, and promote its destruction by the cellular machinery (cells have cleaning mechanisms that degrade defective or useless proteins).

The main researchers responsible for this work are Sara García-Alonso, from the CNIO, and Pablo Mesa, from the Molecular and Structural Biology group at the University of Copenhagen.

“The information provided by this study opens up a range of options for developing drugs that can degrade RAF1,” says García-Alonso. “A window of opportunity is now open to design RAF1 degraders with an important therapeutic effect in patients with lung adenocarcinoma induced by KRAS oncogenes.”

Barbacid’s group has been funded mainly by the CRIS Against Cancer Foundation, the Spanish Association Against Cancer (Asociación Española Contra el Cáncer) and the AXA Research Fund, as well as by public funds from the Spanish Ministry of Science and the European Research Council (ERC). Sara García-Alonso currently enjoys a postdoctoral contract from the Asociación Española Contra el Cáncer.