Home | News | The exceptional case of a person who has survived twelve tumours opens up new avenues for early diagnosis and immunotherapy in cancer, say CNIO researchers

Science Advances. The exceptional case of a person who has survived twelve tumours opens up new avenues for early diagnosis and immunotherapy in cancer, say CNIO researchers 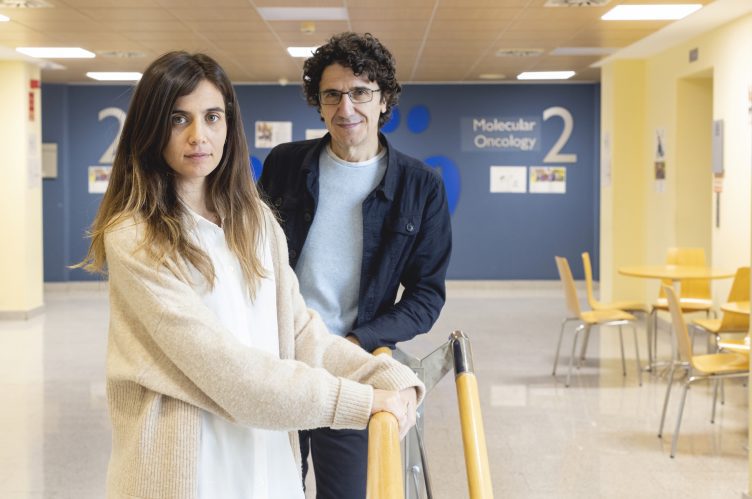 Scientists have discovered that the 12 tumours, five of them malignant, are due to the fact that the patient inherited mutations in a gene essential for life from both parents
The patient's immune system naturally generates a strong inflammatory response that fights the tumours; understanding how it does this will help stimulate the immune system in other cases, say the study authors
The work also shows how a novel technique—single-cell analysis—can detect tumours at very early stages, or a predisposition to developing them

The life of the person featured in the study published today in the journal Science Advances has been exceptional. This individual first developed a tumour when almost still a baby, followed by others every few years. In less than forty years of life, the patient has developed twelve tumours, at least five of them malignant. Each has been of a different type and in a different part of the body. The person also has skin spots, microcephaly and other alterations. According to Marcos Malumbres, head of the Cell Division and Cancer Group at the Spanish National Cancer Research Centre (CNIO), “we still don’t understand how this individual could have developed during the embryonic stage, nor could have overcome all these pathologies.”

According to Malumbres, the study of this unique case opens up “a way to detect cells with tumour potential well in advance of clinical tests and diagnostic imaging. It also provides a novel way to stimulate the immune response to a cancerous process.”

Mutations in both copies of MAD1L1

When the patient first came to the CNIO’s Familial Cancer Clinical Unit, a blood sample was taken to sequence the genes most frequently involved in hereditary cancer, but no alteration was detected in them. The researchers then analysed the individual’s entire genome and found mutations in a gene called MAD1L1.

This gene is essential in the process of cell division and proliferation. CNIO researchers analysed the effect of the mutations detected, and concluded that they cause alterations in the number of chromosomes in the cells—all cells in the human body have 23 pairs of chromosomes.

No other case like this has ever been described. According to the co-author of the study, Miguel Urioste, who headed the CNIO’s Familial Cancer Clinical Unit until his retirement in January this year, “academically we cannot speak of a new syndrome because it is the description of a single case, but biologically it is.” Other genes whose mutations alter the number of chromosomes in cells are known, but “this case is different because of the aggressiveness, the percentage of aberrations it produces and the extreme susceptibility to a large number of different tumours.”

Why did the tumours disappear?

One of the facts that most intrigued the research team was that the five aggressive cancers developed by the patient disappeared relatively easily. Their hypothesis is that “the constant production of altered cells has generated a chronic defensive response in the patient against these cells, and that helps the tumours to disappear. We think that boosting the immune response of other patients would help them to halt the tumoural development,” explains Malumbres.

The discovery that the immune system is capable of unleashing a defensive response against cells with the wrong number of chromosomes is, according to this CNIO researcher, “one of the most important aspects of this study, which may open up new therapeutic options in the future.” Seventy percent of human tumours have cells with an abnormal number of chromosomes.

To study the patient and related family members—several of whom have mutations in the MAD1L1 gene, but only in one of the copies—the scientists used single-cell analysis technology, which provides a wealth of information that was unthinkable just a few years ago.

It involves analysing the genes “of each of the blood cells separately,” explains Carolina Villarroya-Beltri, CNIO researcher and first author of the study. There are many different types of cells in the sample and usually all of them are sequenced, “but by analysing thousands of these cells separately, one by one, we can study what is happening to each specific cell, and what the consequences of these changes are in the patient.”

The single-cell analysis revealed—among other anomalies—that the blood sample contained several hundred chromosomally identical lymphocytes, thus coming from a single, rapidly proliferating cell. Lymphocytes are defensive cells that attack specific invaders; sometimes, however, a lymphocyte proliferates too much and spreads to form a tumour. That is the process that in this work the single-cell analysis would be capturing: the earliest stages of a cancer.

Based on this finding, the researchers propose in their paper that single-cell analysis can be used to identify cells with tumour potential long before the appearance of clinical symptoms or markers observable in analytical tests.