Cell Press. The CNIO takes part in the biggest european project for the study of the epigenome

The Structural Biology and Biocomputing Programme and National Institute Bioinformatics unit at the CNIO have participated in the BLUEPRINT project, the major European partner framed in IHEC

The International Human Epigenome Consortium (IHEC) publishes simultaneously a collection of 41 papers that contain major advances in the study of the human epigenome – 24 of which appear today in Cell Press magazines. The Structural Biology and Biocomputing Programme together with the National Bioinformatics Institute Unit at the Spanish National Cancer Research Center (CNIO) participated in several studies, leading three of them.

One of the great mysteries in biology is how the many different cell types that make up our bodies are derived from a single cell and from one DNA sequence, or genome. We have learned a lot from studying the human genome, but have only partially unveiled the processes underlying cell determination. The identity of each cell type is largely defined by an instructive layer of molecular annotations on top of the genome – the epigenome – which acts as a blueprint unique to each cell type and developmental stage. Unlike the genome, the epigenome changes as cells develop and in response to changes in the environment. Defects in the factors that read, write and erase the epigenetic blueprint are involved in many diseases. The comprehensive analysis of the epigenomes of healthy and abnormal cells will facilitate new ways to diagnose and treat various diseases, and ultimately lead to improved health outcomes.

A collection of 41 coordinated papers now published by scientists from across the International Human Epigenome Consortium (IHEC) sheds light on these processes, taking global research in the field of epigenomics a major step forward. A set of 24 manuscripts has been released as a package in Cell and Cell Press-associated journals, and an additional 17 papers have been published in other high-impact journals.

The Structural Biology and Biocomputing Programme, together with the National Bioinformatics Institute Unit at the CNIO, headed by Alfonso Valencia, has participated coordinating the data analysis and making data accessible in the BLUEPRINT project, the major European partner framed in IHEC with 42 partner organisations, representing 33 academic groups and 9 companies (mostly Small and Medium Enterprises (SMEs)) from 12 European countries.

“Our work has been making the data accessible to the other research groups”, explains Valencia. “The project has generated a large volume of epigenomic data and it was necessary to develop the methods and systems to analyze them.” And that is what they have done, with the goal of “facilitating the analysis of biological information”. The major contribution has been the BLUEPTRINT Data Analysis Portal an interface that facilitates interactive exploration of genomic regions, genes, and pathways in the context of differentiation of hematopoietic lineages.

In addition to this role of data management, Valencia’s group has led several works in which they have developed their own systems of analysis. For example, the use of assortativity for the analysis of the 3D configuration of the genome, published in Genome Biology.

“It has been a very positive experience because it has provided us with tools that have served to analyze the data from this project and that in the future will serve for the analysis of the data that are generated in epigenomics,” says Valencia.

“BLUEPRINT has produced more new science and more knowledge of blood cell disease than we could have imagined at the outset. We have made the data of >1000 datasets publicly available” says Henk Stunnenberg from Radboud University, The Netherlands, former Chair of the IHEC International Scientific Steering Committee and coordinator of the EU-funded BLUEPRINT project. “Moreover, we have forged an alliance of researchers and innovative companies from around Europe and, working closely with international partners, we already see results that, in time, will improve the lives of patients.”

These papers represent the most recent work of IHEC member projects from Canada, the European Union, Germany, Japan, Singapore, and the United States. The collection of publications showcases the achievements and scientific progress made by IHEC in core areas of current epigenetic investigations.

The full collection of IHEC papers is available here. 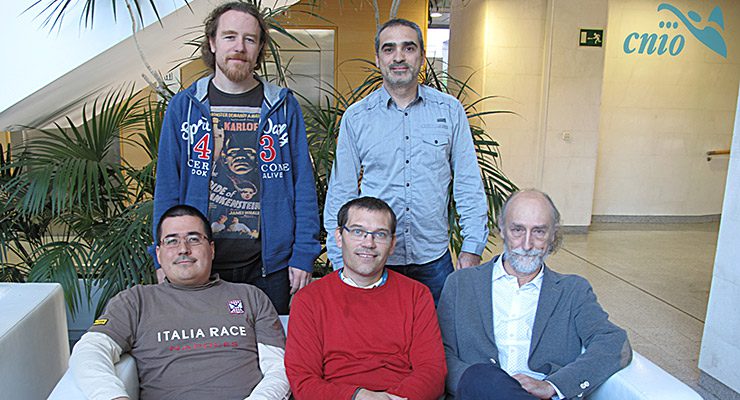