NEJM. The CNIO participates in a study that defines the most important genes that increase the risk of breast cancer 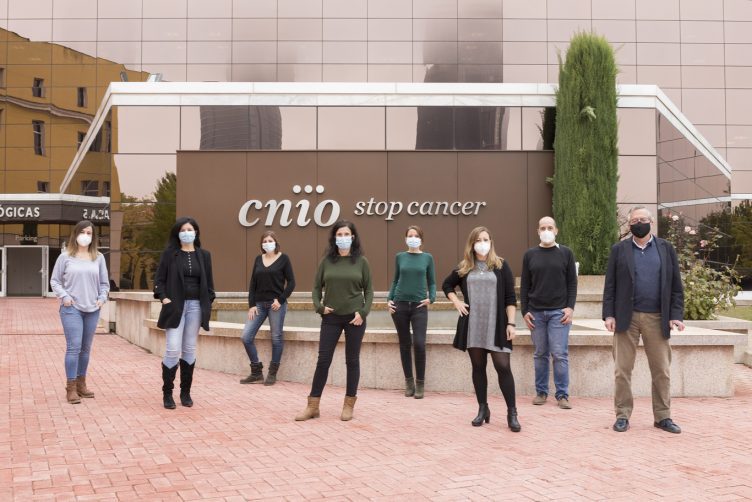 The study will help to improve prevention programmes since it “defines the most useful genes” for breast cancer risk prediction tests, the authors write

This is the most ambitious international research ever conducted on the inheritance of breast cancer, based on the analysis of 113,000 samples

Breast cancer is one of the most common cancers today. One in eight women will develop it in their lifetime

Genetic inheritance affects the likelihood of developing breast cancer. Some genes are already known to increase cancer risk; other genes are suspected to be involved, but not to what extent. It is crucial to clarify this issue to improve prevention since it opens the way to more personalised follow-up and screening programs. A large international consortium, which includes the Spanish National Cancer Research Centre (CNIO), has studied 34 putative susceptibility genes on samples from 113,000 female breast cancer cases and controls, and its results confirm the importance of nine of them.

The study “defines the genes most clinically useful for inclusion on panels for breast cancer risk prediction (…), to guide genetic counselling,” the authors write in the New England Journal of Medicine (NEJM).

This is the most ambitious study carried out to date to shed light on the role of heredity in breast cancer, one of the most common cancers today – one out of every eight women will have it at some point in their lives.

Osorio, from the CNIO Human Genetics Group, stresses the importance of the information provided by this study when monitoring breast cancer patients and their families. “Genetic tests are already done on people with a family history of the disease, but in those tests we can only analyse genes of which we are certain that they affect the risk. Now we have more information, and we can improve the genetic counselling of patients and their families,” the CNIO researcher says.

It has been known for some time that the risk of developing breast cancer depends partly on genetic inheritance, but determining exactly which genes increase this risk, and how much, remains a major challenge.

The genes that confer high risk when mutated, BRCA1 and BRCA2, were already identified in the mid-1990s. Having mutations in these genes confers a cumulative risk of around 70% of developing breast cancer by the age of 80, and a risk of 40% and 20% of developing ovarian cancer for carriers of mutations in BRCA1 and BRCA2, respectively. It was this strong effect that made it possible to identify these genes in families with a high incidence of cancer.

Today, genetic diagnosis alerts many patients’ family members, who can then act at very early stages of cancer or even prevent its appearance. But the BRCA genes explain only a small part of all cases. In the vast majority of cases, genes are involved that confer a lower risk and that may interact with each other or with other genetic and environmental factors, which can modify the risk.

In recent years, a number of studies have identified dozens of such candidate genes that increase the risk of breast cancer to some degree, but these studies were done with relatively few patients and their results were not conclusive. It was the aim of the study now published to improve this knowledge by determining precisely which genes are involved, and to what extent they affect the risk to develop which subtype of tumour.

“The most clinically useful genes”

The study is the result of the European project BRIDGES (Breast Cancer Risk after Diagnostic Gene Sequencing), in which the CNIO participates. The study was based on the analysis of 34 known or suspected breast cancer susceptibility genes in DNA samples from 60,400 women who had developed breast cancer and 53,400 healthy women.

The results pinpoint nine genes for which there is solid evidence of their involvement in the disease: ATM, BRCA1, BRCA2, CHEK2, PALB2, BARD1, RAD51C, RAD51D and TP53. For some of these genes, this was already known, but for others, such as RAD51C and D and BARD1, their involvement was not so well established. For all genes, more precise risk estimates can now be calculated and these estimates are tailored for each tumour subtype.

On the other hand, the study shows that about fifteen of the genes that have been used so far in some tests “are not indicative of an increased risk” for breast cancer and should therefore not be taken into account, at least at this time, in risk estimates.

However, the authors remind us that the probability of developing breast cancer is not determined by genes alone. Other risk factors such as age, hormonal history and environmental factors also play a role, which in turn are influenced by the genetic background.

“In fact,” points out González-Neira, Head of the Human Genotyping – CEGEN Unit at the CNIO, “it is been already working on mathematical models that integrate current knowledge about all these factors and their interaction, which make possible to provide a good estimate of the adjusted risk for each woman and thus individualise clinical management”.

The final objective is to improve prevention with much more personalised screening programmes than those currently available. Implementation of such precision medicine protocols in breast cancer will improve early diagnosis and reduce morbidity and mortality rates for this disease.

This project is funded by the European Union’s Horizon 2020 Research and Innovation Programme (BRIDGES), the Wellcome Trust, and Cancer Research UK. In the CNIO group, by the Spanish Ministry of Science and Innovation and the National Institute of Health Carlos III.