The article, published in 'Cell Metabolism', places emphasis on the link between poor diet, intestinal inflammation and colorectal cancer

A high-protein diet can protect those already suffering from an inflammatory bowel disease, whilst those people with a genetic predisposition to develop colon cancer could benefit from the opposite, a diet that is low in protein

Colorectal cancer is the most prevalent malignant tumour in Spain. It is known that factors such as diet and intestinal inflammation play an important role in its occurrence, but direct links between nutrients, inflammation and colorectal cancer are poorly described. Researchers at the Spanish National Cancer Research Centre (CNIO) have discovered that the amount of protein in our diet may be an important factor in the prevention of colorectal cancer in different risk groups. People already suffering from inflammatory bowel disease could benefit from a high-protein diet; however, in contrast, low protein consumption may be the best option for those people who have a genetic predisposition to develop colon cancer. 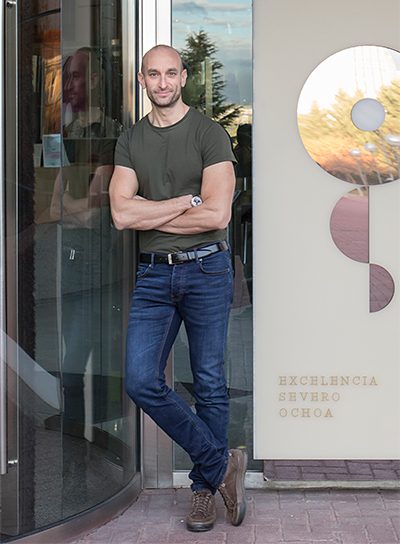 Furthermore, the article reveals that a certain type of drug used against colorectal cancer, mTORC1 inhibitors, would be more effective in patients with a genetic predisposition, which “opens up avenues for optimising and personalising treatments,” the researchers write in their publication in the Cell Metabolism journal.

Everything suggests that habits such as a poor diet, a lack of physical exercise and smoking may affect the digestive system and trigger inflammatory conditions, such as Crohn’s disease and ulcerative colitis, illnesses which often lead to colorectal cancer. However, the precise mechanisms linking diet, inflammation and colorectal cancer are not very well known.

In order to study them, Nabil Djouder, head of the Growth Factors, Nutrients and Cancer Group at the CNIO, focused upon mTORC1, a protein complex which works like a nutrient sensor. The researchers produced several genetically-modified mice in order to understand the function of this sensor in the body, and they verified the results using human samples of intestinal inflammation (derived from Crohn’s disease and ulcerative colitis) and colorectal cancer.

Some treatments for colon cancer act upon mTORC1, specifically to inhibit its activity, but at the clinic it was observed that in certain patients, mTORC1 inhibitors are practically ineffective.

Djouder’s work shows that the inactivation of mTORC1 can better be beneficial in colorectal cancers with a significant genetic basis, specifically in those patients with mutations in the APC gene, which represent less than 5% of the total.

The dual function of mTORC1

Researchers have found that if mTORC1 is inactivated in mice with an inflammatory disease, the cancer spreads.

As such, the key to this dual effect of mTORC1 may lie in the amount of damage inflicted on the cell in both situations. In other words, if the colorectal cancer is due to APC mutations, it is advisable to inhibit the mTORC1, and if it is associated to intestinal inflammation, this protein should be activated. This is where diet comes into play, since the activation of mTORC1 can be regulated through food.

Researchers describe how a high-protein diet, using whey protein supplement, a source of high proteins, for example, promotes mTORC1 activity and reduces the formation of tumours in mice with chronic gastrointestinal inflammation.

“Our results may have important implications for the clinical use of mTORC1 inhibitors, such as opening up new avenues for optimising and personalising colorectal cancer treatments,” they add.

This research has been funded by the Spanish Ministry of Economy, Industry and Competitiveness and co-funded by ERDF-EU (FEDER, SAF2016-76598-R) and by the Olga Torres Foundation (FOT).