Molecular Cell. Researchers at the CNIO have discovered a gene that is essential for the DNA-replication process

The POLD3 protein, recently suggested as a target for the development of novel cancer therapies, is also necessary for the division and survival of healthy cells 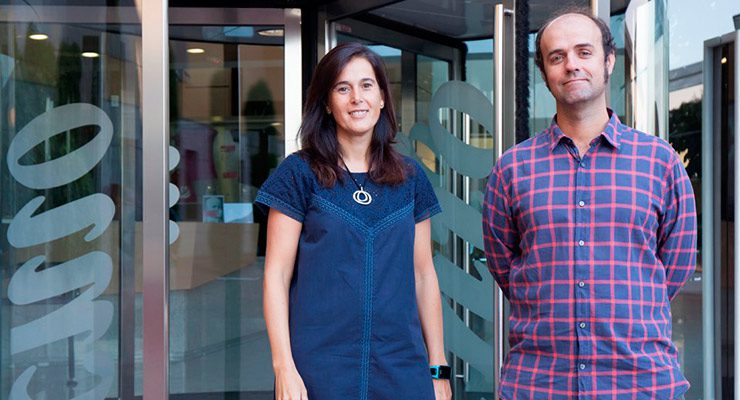 Millions of cells in our body are constantly dividing to repair tissue damage and ensure our continuity. This is one of the most complex processes that cells go through and, in order for it to be successful, they must, among other things, produce a copy of their genetic material (DNA). Researchers from the Spanish National Cancer Research Centre (CNIO) have discovered the critical role of the POLD3 protein in this DNA-replication process; without POLD3 cells do not divide, they die, and even the embryonic development process and the birth of a new organism may be curtailed.

The study, published today in the printed version of the journal Molecular Cell, overthrows the hypothesis circulating in recent years that POLD3 might be important for tumour cells but not for healthy ones. This data had awakened the interest of scientists around the world given that, on the basis of this hypothesis, a drug blocking POLD3 would be capable of eradicating the tumour with few or no side-effects for patients.

Until today, experiments had only been conducted in vitro in the laboratory, without directly studying the effects of the protein on a live organism. However, through genetic engineering, the authors of this study produced mice with the POLD3 gene completely eliminated, revealing the key role of this protein during cell replication.

Based on this study, it will be necessary to reassess the state of the field. “Our results reveal that POLD3 is essential for the stability of the complex responsible for the replication of genetic material. Therefore, without POLD3, cells lose the ability to copy their genome and they die; not only tumour cells, but healthy ones as well”, according to the authors.

A REDUCTION IN POLD3 IS HAZARDOUS TO LIFE

When the genome is duplicated, or replicated, a retinue of several dozen proteins is involved: some open the double helix, while others copy or repair it, ensuring that the genetic information contained in the parent cell is transferred as accurately as possible to the daughter cells, with no abnormalities that could jeopardize the viability of the living being.

Replication is controlled by redundant mechanisms; for example, the loss of one of the two copies of the genes that generate these proteins and, therefore, the reduction of the proteins by half, is frequently counterbalanced by the remaining copy or by other proteins that are part of the same replication complex.

In light of the work of Óscar Fernández-Capetillo, head of the Genomic Instability Group at the Centre and responsible for leading the research, this is not the case with POLD3: the loss of a single copy of the gene is enough to reduce the ability of cells to divide during embryonic development in mice, resulting in some of the heterozygous mice (lacking one of the two copies of the gene) failing to be born or dying during the first month of life. In addition, the complete elimination of the protein in adult animals causes their death after only a few days.

“This tells us that POLD3 is an absolutely essential protein for the replication of the genome”, affirms Matilde Murga, first author of the study and staff scientist in Fernández-Capetillo´s team. “Its function in DNA replication is so crucial that it is the first protein identified as haploinsufficient in this process. In other words, the reduction of its levels by half is sufficient to significantly affect the duplication of the genome.”

POLD3 was identified as part of the DNA polymerase complex, which is responsible for making a copy of the DNA molecule. However, two years ago a study suggested that its role was not essential for copying genetic material, but rather for certain types of DNA repair (Break Induced Replication, BIR), which is extremely important for the survival of cancer cells.

While this study does not rule out that POLD3 may be involved in DNA repair, it does show that, in addition to this function, it plays another critical role in cellular division. “If we want to take another look at the potential of POLD3 as an anti-tumour target, we will have to identify the means to inhibit its function in DNA repair without affecting replication,” says Oscar Fernández-Capetillo.

This study has been funded by the Botín Foundation and Banco Santander through Santander Universidades, as well as the European Research Council (ERC), the Spanish Ministry of Economy and Competitiveness and the Howard Hughes Medical Institute.