The Journal of Clinical Investigation. CNO researches discover one of the genetic pieces of bladder cancer

Notch genes protect against bladder cancer, whilst in other tumours they act as oncogenes

Notch genes are a double-edged sword: in some cancers they have a harmful effect because they promote tumour growth, whilst in others they act as tumour suppressors. The reason is still unclear, making it impossible to predict the behaviour of Notch within each tumour, and complicating its use as a drug target. Now, CNIO researchers clear this dilemma up for bladder cancer, in which it exerts an anti-tumour effect. This result calls for caution when using therapeutic strategies based on the deactivation of Notch, because they could increase the risk of developing bladder cancer.

The study, published by The Journal of Clinical Investigation, is a joint effort between CNIO’s Tumour Suppression and Epithelial Carcinogenesis Groups, led by Manuel Serrano and Francisco X. Real, respectively. In addition to clarifying the role that Notch plays in bladder cancer—the fifth most frequent cancer among men in developed countries—the authors offer clues to understand the dual function of this family of genes.

“Our analysis of Notch mutations in bladder cancer, mouse models, cell–based assays and human cancer samples offer solid evidence that the Notch pathway plays a relevant role as a tumour suppressor in bladder cancer,” they write. This result is not a surprise. Many of the tumours in which Notch acts as a suppressor are cancers that arise in squamous cells, which are found in different organs, such as the oesophagus or the skin. The urinary bladder can give rise to squamous cell cancer, so “we hypothesized that Notch could act as a suppressor in this tissue,” explains the article.

The confirmation of this hypothesis supports the idea that Notch intervenes in the architecture of the so-called stratified epithelia, in which cells grow in superimposed layers —a type of growth that also takes place in the bladder.

The researchers from the two CNIO groups brought together their strength and expertise. The Epithelial Carcinogenesis Group had sequenced the exome—the part of the genome that is translated into proteins—for 17 bladder cancers, and detected Notch mutations. The Tumour Suppression Group provided mouse models for the genetic inactivation of Notch, specifically in the bladder.

The study concludes with a call for caution: “Our group as well as other investigators had previously described the anti-tumour effects of pharmacologic inhibitors of Notch in pre-clinical models [of lung adenocarcinoma, where Notch is oncogenic]; our current data suggest that caution must be taken in the clinical application of non-specific Notch pathway inhibition, because it could increase the incidence of squamous1 type tumours, like in the bladder.” 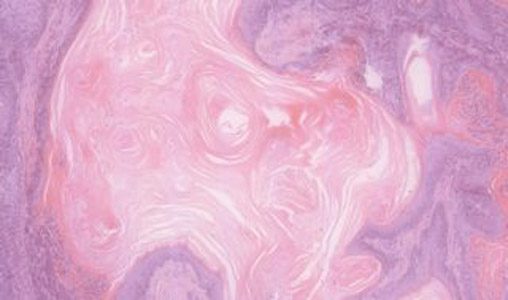