Bladder cancer represents a serious public health problem in many countries, especially in Spain, where 11,200 new cases are recorded every year, one of the highest rates in the world. The majority of these tumours have a good prognosis—70-80% five-year survival after diagnosis—and they do not infiltrate the bladder muscle at the time of diagnosis—in around 80% of cases.

Despite this, many of the tumours recur, requiring periodic cytoscopic tumour surveillance. This type of follow-up affects patients’ quality of life, at the same time as incurring significant healthcare costs.

Researchers at the Spanish National Cancer Research Centre (CNIO), coordinated by Francisco X. Real, head of the Epithelial Carcinogenesis Group and Nuria Malats, head of the Genetic & Molecular Epidemiology Group, have carried out the first exome sequencing for non-infiltrating bladder cancer, the most frequent type of bladder cancer and the one with the highest risk of recurrence (the exome is the part of the genome that contains protein synthesis information).

The results reveal new genetic pathways involved in the disease, such as cellular division and DNA repair, as well as new genes—not previously described—that might be crucial for understanding its origin and evolution.

“We know very little about the biology of bladder cancer, which would be useful for classifying patients, predicting relapses and even preventing the illness”, says Cristina Balbás, a predoctoral researcher in Real’s laboratory who is the lead author of the study.

The work consisted of analysing the exome from 17 patients diagnosed with bladder cancer and subsequently validating the data via the study of a specific group of genes in 60 additional patients.

“We found up to 9 altered genes that hadn’t been described before in this type of tumour, and of these we found that STAG2 was inactive in almost 40% of the least aggressive tumours”, says Real.

The researcher adds that: “Some of these genes are involved in previously undescribed genetic pathways in bladder cancer, such as cell division and DNA repair; also, we confirmed and extended other genetic pathways that had previously been described  in this  cancer type, such as  chromatin remodelling”.

AN UNKNOWN AGENT IN BLADDER CANCER

The STAG2 gene has been associated with cancer just over 2 years ago, although “little is known about it, and nothing about its relationship to bladder cancer”, says Balbás. Previous studies suggest it participates in chromosome separation during cell division (chromosomes contain the genetic material), which is where it might be related to cancer, although it has also been associated with maintenance of DNA´s 3D structure or in gene regulation.

Contrary to what might be expected, the article reveals that tumours with an alteration in this gene frequently lack changes in the number of chromosomes, which indicates, according to Real, that “this gene participates in bladder cancer via different mechanisms than chromosome separation”.

The authors have also found, by analysising tumour tissue from more than 670 patients, that alterations in STAG2 are associated, above all, with tumours from patients with a better prognosis.

How and why these phenomena work still needs to be discovered but the researchers predict that “mutations in STAG2 and other additional genes that we showed to be altered could provide new therapeutic opportunities in some patient sub-groups”.

The research project was carried?out in close collaboration with other CNIO groups and units, including the Chromosome Dynamics Group, led by Ana Losada, the Computational & Structural Biology Group, led by Alfonso Valencia, the Molecular Cytogenetics Group, led by Juan Cruz Cigudosa, as well as the Genomics Unit, headed by Orlando Domínguez, and the Bioinformatics Unit, led by David Pisano. The National Genome Analysis Centre (CNAG) and the Hospital del Mar’s Urology Service in Barcelona have also played an important role in the project, as have other Spanish hospitals and universities.

Acknowledgements: this work has been made possible thanks to the support of the Spanish Ministry of Economy & Competitiveness, the National Institute of  Health Carlos III, the Spanish Association Against Cancer (AECC), the “la Caixa” Foundation, the Banco Santander Foundation, the European Union’s 7th Framework Programme and the National Institute of Health in the US. 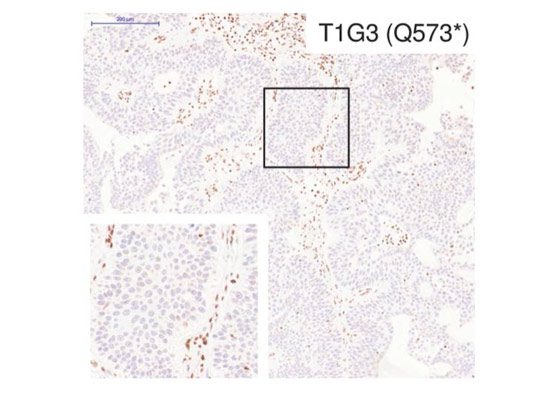