They found that macrophages promote hair follicle growth in mice

The study is published in the journal ‘PLOS Biology’

How to restore hair loss is a task not undertaken exclusively by beauty practitioners. The discovery, now published by a group from the Spanish National Cancer Research Centre (CNIO), reveals a novel angle to spur hair follicle growth. This also adds new knowledge to a broader problem: how to regenerate tissues in an adult organism, especially the skin.

The group has discovered an unexpected connection—a link between the body’s defense system and skin regeneration. According to the authors of the study published today in PLOS Biology, cells from the immune system called macrophages— those in charge of devouring invading pathogens, for example—are also responsible for activating skin stem cells and induce hair growth.

The regenerative ability of stem cells allows skin replenishment during a lifetime. But different factors can reduce their regenerative properties or promote their uncontrolled growth. When things go wrong, this can lead to aging and disease, including skin carcinomas. The discovery that macrophages activate skin stem cells may also have further implications beyond the possibility to develop therapeutic approaches for hair loss, but may also be relevant for cancer research.

The authors of the study are Mirna Perez-Moreno and Donatello Castellana, from the Epithelial Cell Biology Group of the BBVA Foundation- CNIO Cancer Cell Biology Programme, along with Ralf Paus, a hair immunobiology expert from the University of Manchester and Münster.

“We have discovered that macrophages, cells whose main function is traditionally attributed to fight infections and wound repair, are also involved in the activation of hair follicle stem cells in non inflamed skin,” says Perez-Moreno.

The researchers did not investigate the relationship between macrophages and hair for fun. This work emerged more than four years ago from an observation made by Perez-Moreno while working on another research project. The mice she had been working with at that time received anti-inflammatory drugs, a treatment that also reactivated hair growth. Convinced that the explanation could reside in the existence of close communication between stem cells and immune cells —the Perez-Moreno’s lab began to experiment with the different types of cells involved in the body´s defense system.

After years of investigation, they discovered that when stem cells are dormant, a fraction of macrophages die, due to a process known as apoptosis. This stimulated the secretion of factors from dying and living macrophages, which in turn activated stem cells, and that is when hairs began to grow again.

Macrophages secrete a number of factors including a class of proteins called Wnt.

Researchers demonstrated the participation of macrophage-derived Wnts by artificially reproducing the natural process by treating macrophages with a Wnt inhibitor drug encapsulated in liposomes. As expected, when they used this drug, the activation of hair growth was delayed.

Although this study has been completed in mice, the researchers believe their discovery “may facilitate the development of novel treatment strategies” for hair growth in humans.

The possibility of attacking one type of cell to affect another might have broader applications that go beyond “just” growing hair. Furthermore, the use of liposomes as a way of drug delivery to specific cells, is a very promising line of experimentation, which may have implications for the study of several pathologies, says Donatello Castellana.

From a more fundamental perspective, this research is an effort to understand how modifying the environment that surrounds adult skin stem cells can regulate their regenerative capabilities. “One of the current challenges in the stem cell field is to regulate the activation of endogenous stem cell pools in adult tissues to promote regeneration without the need of transplantation,” says Perez-Moreno.

It is now known that macrophages are key cells involved in the biochemical dialogue that exists in the environment surrounding stem cells.

“Our study underlines the importance of macrophages as modulators in skin regenerative processes, going beyond their primary function as phagocytes [immune system cells],” say the authors in PLoS Biology.

The researcher´s next goal is to characterise the class of macrophage(s) that are involved in the activation of skin stem cells and their implications in the regulation of stem cells under pathological conditions, including skin carcinomas.

As Perez-Moreno explains, “macrophages are a very diverse cell population. It was only less that ten years ago that scientists discovered that besides from the bone marrow, macrophages originate from the yolk sac during pregnancy, and there are even other macrophages that proliferate within tissues. The diversity of the sources from which skin resident macrophages originate is not fully understood.”

This work has been funded by the Ministry of Economy and Competitiveness, the Spanish Association against Cancer (AECC) and the BBVA Foundation. 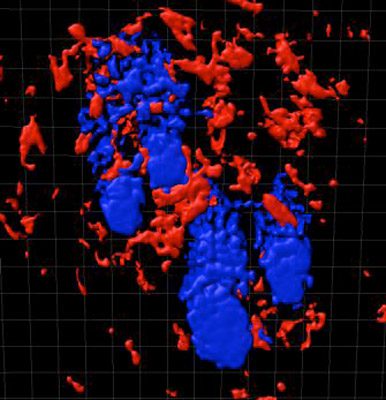 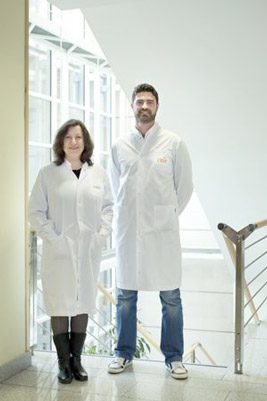