Cancer Research. Two drugs used in combination prove to be effective against most aggressive asbestos cancer in mice 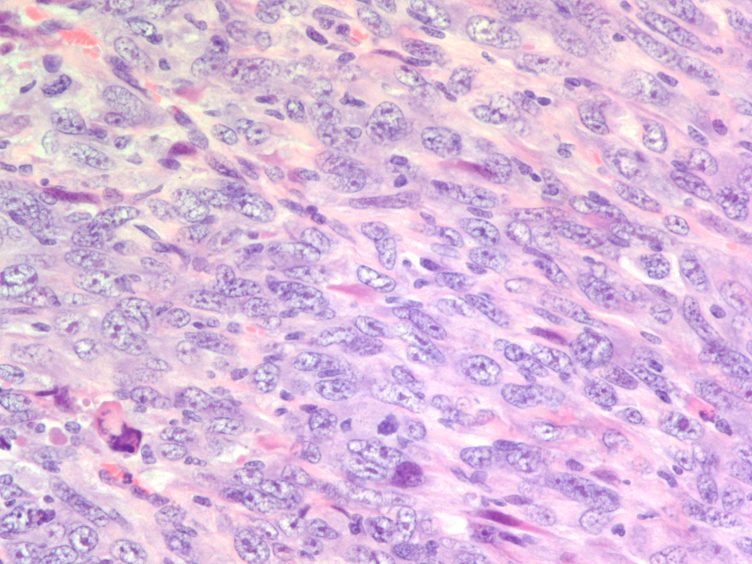 Currently, there are few effective treatments for malignant mesothelioma, although it has been decades since it was found that the major risk factor is exposure to asbestos

The drugs identified by CNIO researchers are being tested on other types of cancer, which can speed up clinical trials for mesothelioma

The authors of the study identified molecular markers that could be used to determine which patients could benefit most from this new therapy, provided that it is approved

Exposure to asbestos is the major risk factor for malignant mesothelioma, a type of aggressive cancer that mostly affects the pleura – the tissue that lines the lungs – and the peritoneum – the tissue that lines the abdomen. This has been known for decades, yet the molecular characterisation of mesothelioma is barely known and treatment options are scarce. A study carried out by researchers at the Spanish National Cancer Research Centre (CNIO) on key molecular processes in this type of cancer identified two drugs that, used in combination, could be effective against the most aggressive type of mesothelioma. The compounds are already being used in clinical trials for other tumours, a fact that might help speed up studies on mesothelioma patients.

In addition, the authors of the study suggest a set of molecular markers for predictive therapy response, which can be used to determine which patients are eligible for the clinical trials.

The study, led by Paco Real, Head of the Epithelial Carcinogenesis Group at CNIO, and researcher Miriam Marqués, from the same Group, is being published in Cancer Research.

“The results of the study are relevant because mesothelioma has not been widely studied, has a poor prognosis and no targeted therapies,” says Paco Real. “We have found evidence in mice and human cell lines of the potential effectiveness of two compounds that are by no means new. Now we want to start performing clinical trials as soon as possible.”

Mesothelioma – a rare form of cancer

In Spain, five out of a million people die of mesothelioma every year. This figure is likely to increase over the next years in the country and at the European level too. Mesothelioma is commonly considered an occupational disease occurring after decades of exposure to asbestos in the workplace. In Spain, asbestos was widely used in the construction industry, especially in the 1960s, until it was banned as a potential health hazard in 2001.

It is precisely on sarcomatoid mesothelioma that the study carried out by the Epithelial Carcinogenesis Group at CNIO focuses.

The results of the study were to a great extent unexpected. The researchers were working on bladder cancer in mice, focusing on two tumour suppressor genes: Pten and Trp53. Surprisingly, the mice did not develop bladder cancer but an aggressive form of sarcomatoid mesothelioma. (The authors believe that, given the fast development of this aggressive form of mesothelioma, there was no time for bladder tumours to develop.)

Looking for the molecular cause of the rapid spread of the tumour cells, the researchers identified enhanced activity of the MEK/ERK and PI3K pathways via novel mechanisms involving a protein of the GPCR family. Blockage of these pathways with MEK and PI3Kbeta inhibitors reduced the proliferative and invasive capacities of mesothelioma cells in mice.

The following step consisted of looking for drugs that would inhibit the above-mentioned proteins and that were already being tested in humans. These drugs are Selumetinib, a MEK inhibitor, and AZD8186, a molecule that targets PI3Kbeta.

In Paco Real’s words, “First we identified altered molecules in sarcomatoid mesothelioma in mice, then we verified that the proteins were also altered in sarcomatoid mesothelioma in humans and found a drug combo that was effective both in mice and in human cell lines. We chose drugs that were already being tested for other human tumours, because their toxicity is well understood and so they can be used in clinical trials soon.”

Since Pten and TP53 are tumour suppressor genes, and MEK and PIK3beta show enhanced activity in many other human tumours, the findings might be relevant to types of cancer other than malignant mesothelioma. Marqués and Real are studying this possibility as well.

The study has been funded by the Spanish Ministry of Science, Innovation and Universities, the National Institute of Health Carlos III, the Spanish Association Against Cancer (AECC), the European Regional Development Fund and the Institut National de la Santé et de la Recherche Médicale (France).