The blockage of the immune response with anti-inflammatory drugs reduced the progression of squamous cell carcinomas (SCCs), one of the most frequent skin cancers

The c-Fos oncogene has traditionally been linked to cellular activities related to cancer, such as cell division, differentiation-conversion from one cell type to another-or survival. Any alteration of these activities can set off the development of tumours, which has made c-Fos an important target for the understanding and treatment of cancer.

A study led by Erwin Wagner, head of the F-BBVA-CNIO Cancer Cell Biology Programme and of the Genes, Development and Disease Group, has revealed a novel mechanism in which c-Fos is able to promote skin cancer: an increase in c-Fos expression in the skin stimulates the immune system, which induces the appearance of squamous cell carcinomas (SCCs), one of the most aggressive skin cancers.

Another important result from this study is the observation in mice of a decrease in the progression of SCCs by using anti-inflammatory drugs, which block the immune response induced by c-Fos. The conclusions are published in the latest issue of the journal Genes and Development, and are featured on its cover.

THE IMMUNE SYSTEM: TWO SIDES OF THE SAME COIN

The classic way of looking at the inflammatory immune response, which is more than 100 years old, asserts that defence mechanisms protect the organism when faced with neoplasms. This vision has given way over the last few years to new evidence that suggests chronic inflammation favours the proliferation and survival of tumour cells, thus increasing susceptibility to cancer.

“We know that there are cancers, like pancreatic, liver or colon cancer, in which the inflammatory component plays a very important role in the development of the disease”, says Juan Guinea-Viniegra, a researcher from Wagner’s team.

Furthermore, inflammatory skin diseases, such as lupus or chronic ulcers, predispose patients to develop tumours, although for now the mechanisms responsible for this phenomenon had not been discovered.

The research sheds light on this question for the first time. Eva Briso, first author of the study says: “We have discovered that mice that have higher c-Fos expression in the skin promote the recruitment of immune cells, known as CD4+T, leading to the development of skin lesions and carcinogenesis”.

Briso adds that when mice were treated with anti-inflammatory drugs that specifically blocked the CD4+T cell-mediated immune response, tumours decreased.

Furthermore, the researchers analysed samples from nearly a hundred patients with SCCs, in which they found that up to 75% of the tumours displayed increased c-Fos expression, as well as an increase in inflammatory activity.

These results open up the possibility of using anti-inflammatory drugs as a means of treating patients with this pathology. “If we find molecules that in patients are able to block this immune response, we could think about a new specific therapy for this disease”, says Wagner.

Squamous cell carcinoma is a very aggressive type of skin cancer that can invade other tissues and form metastasis. It affects 16 out of every 100,000 people in Europe and is the type of skin cancer most related to sun exposure. Due to the few biological and molecular data available on the disease, the standard treatment is reduced to surgery and radiotherapy.

The research project has been financed by the Ministry of Economy and Competitiveness, the European Research Council, the BBVA Foundation and “la Caixa” Foundation. 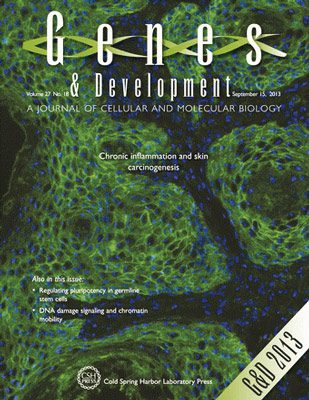 Cover photo showing pre-neoplastic lesions in the skin caused by an increase in the expression of the c-Fos oncogene. /Genes and Development