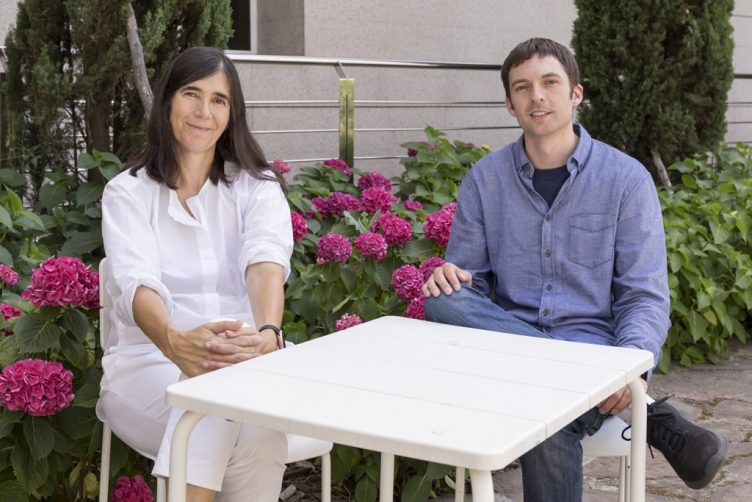 Discovery of a new general pattern in biology

“We have found a universal pattern, a phenomenon that explains the lifespans of the species,” says Maria Blasco, senior author of the study

A flamingo lives 40 years and a human being lives 90 years; a mouse lives two years and an elephant lives 60. Why? What determines the lifespan of a species? After analyzing nine species of mammals and birds, researchers at the Spanish National Cancer Research Center (CNIO) found a very clear relationship between the lifespan of these species and the shortening rate of their telomeres, the structures that protect the chromosomes and the genes they contain. The relationship is expressed as a mathematical equation, a formula that can accurately predict the longevity of the species. The study was done in collaboration with the Madrid Zoo Aquarium and the University of Barcelona.

“The telomere shortening rate is a powerful predictor of species lifespan,” the authors write in the prestigious journal Proceedings of the National Academy of Sciences (PNAS).

The relationship can be fitted to a certain type of mathematical curve -a power law curve-, which, the authors explain in PNAS, is also used to describe other processes such as population growth, city sizes, species extinction, body mass, and individual income.

To Maria Blasco, Head of the Telomeres and Telomerase Group of the CNIO and director of the study, the fact that there is such a clear relationship between the rate of telomere shortening and lifespan suggests that “we have found a universal pattern, a biological phenomenon that explains the lifespan of the species, and that warrants more research.”

What counts is not their length, but the rate at which they shorten

In the case of the relationship between telomere shortening and species longevity, the curve found by the CNIO researchers fits the data very well. In fact, “the equation can be used to predict the lifespan of the species solely based on the rate of telomere shortening,” the authors write. The fit is better when using the average lifespan of the species -79 years in the case of humans-, rather than the maximum lifespan -the 122 documented years lived by the Frenchwoman Jeanne Calment-.

It has been known for quite some time, thanks in large part to the work of Blasco’s group, that telomeres are at the basis of aging of the organism. Telomeres make up the ends of chromosomes, inside the cell nucleus; their function is to protect the genes. However, each time the cells multiply to repair damage, their telomeres become a little shorter. Throughout life, it may happen that the telomeres shorten too much and cannot regenerate anymore. When that happens, the cell stops functioning normally.

Until now, however, no relationship had been found between telomere length and lifespan of each species. There are species with very long telomeres that are short-lived and vice versa.

The CNIO researchers decided not to compare the absolute length of the telomeres, but rather their rate of shortening. It is the first large-scale study that compares this highly variable parameter between species: human telomeres lose on average about 70 base pairs -the building blocks of the genetic material- per year, whereas those of mice lose about 7,000 base pairs per year.

To Kurt Whittemore, first author of the paper, this study confirms that telomeres play an important role in aging: “There are people who are not convinced, and they say that for example mice live two years and have very long telomeres, while humans live much longer and have short telomeres; but we have shown that the important thing is not the initial length but the rate of shortening and this parameter predicts the longevity of a species with a high degree of precision.”

A better predictor than body size or heart rate

The measurements were made in blood samples from several individuals of nine species, mostly of the Zoo Aquarium in Madrid. The samples of the Audouin’s gulls come from a wild colony in the Ebro Delta and were analyzed in collaboration with the University of Barcelona. The researchers measured in each species the telomeres in the white blood cells of individuals of different ages.

In the Zoo Aquarium of Madrid, the following species were studied: nine dolphins between 8.6 and 50.1 years old; 15 goats between 0.8 and 10.1 years old; eight reindeer from 1.4 to 10.5 years old; 15 flamingos between 0.8 and 50.1 years old; 6 vultures between 8.1 and 21.4 years old; four Sumatran elephants between 6.1 and 24.7 years old; -ringed- gulls between 0 and 24 years old; and 7 mice between 1.4 and 2.6 years old. The age of the gulls was determined from the rings with which they were banded when they were chicks, and that allow the identification of the individuals throughout their life. In collaboration with the veterinary team of the Madrid Zoo Aquarium and in several species, such as elephants and dolphins, through medical training of the animals so that they collaborate voluntarily in the examinations, blood samples were taken during their usual health monitoring.

The results indicate that the rate of telomere shortening predicts the longevity of species much better than other parameters considered thus far, such as body weight -in general, smaller species tend to live shorter- or heart rate.

The authors of the study believe that one of the next steps required is to study species that are very long-lived for their size, such as the naked mole rat or the bat.

In any case, “these findings support the notion that critical telomere shortening and the consequent onset of telomeric DNA damage and cellular senescence is a general determinant of the lifespan of species,” the authors write in PNAS. The study has been funded by the Spanish Ministry of Science, Innovation and Universities, the National Institute of Health Carlos III, and the Botín Foundation and Banco Santander through Santander Universities.