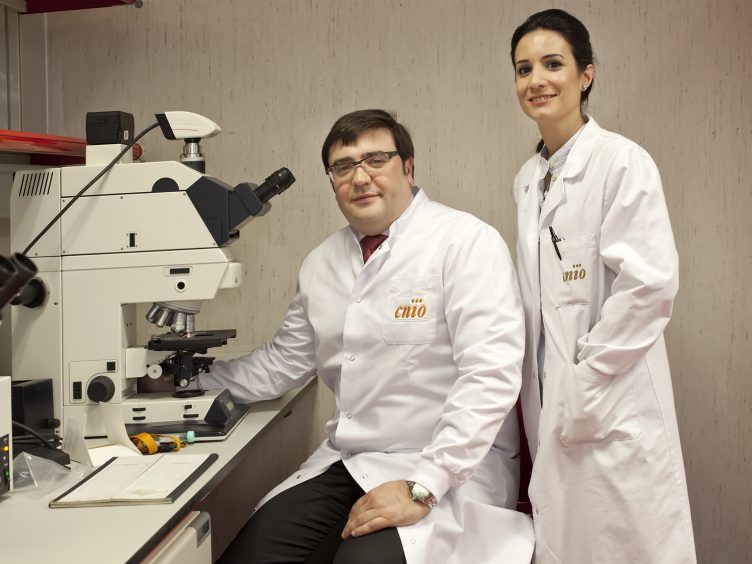 Published in the Journal of Clinical Oncology, the study has potential implications for families with members suffering from these two types of tumours who are at an increased risk of developing cancer

The finding is based on PROREPAIR-B, a prospective multi-centre observational cohort study that followed up more than 400 patients with metastatic prostate cancer. The study aimed to identify genetic markers associated with prostate cancer progression and patient treatment responses

High-risk prostate cancer patients with BRCA2 mutations are likely to suffer from aggressive cancer that develops resistance to standard treatment. Further studies will evaluate whether they can undergo other treatments already used in patients with ovarian and breast cancer

According to Elena Castro, member of the Prostate Cancer Clinical Research Unit at the Spanish National Cancer Research Centre (CNIO), “it is important not only for patients that these genetic mutations are identified as soon as possible so that they can receive adequate treatment, but also for their families as they can participate in cancer prevention programmes”

The study was coordinated by CNIO researchers and conducted at the Instituto de Investigación Biomédica de Málaga (IBIMA) and the Instituto de Genética Médica y Molecular (INGEMM), with the participation of 38 Spanish hospitals

Aggressive prostate cancer, one of the leading causes of cancer deaths in men, is associated with BRCA2 mutations, which are also linked to hereditary breast cancer, ovarian cancer and pancreas cancer, among others. The finding was confirmed in a study, published in the Journal of Clinical Oncology, led by Elena Castro, Nuria Romero-Laorden and David Olmos, from the Prostate Cancer Clinical Research Unit at the Spanish National Cancer Research Centre (CNIO). It reveals that family members of patients with prostate cancer who carry BRCA2 and DNA-repair gene mutations have an increased risk of developing cancer and should be evaluated in familial cancer prevention programmes. Furthermore, the new study shows that prostate cancer in men with BRCA2 mutations is associated with worse outcomes and poor responses to standard treatments. Researchers are currently assessing the benefits of ovarian and breast cancer therapies for prostate cancer patients. The recently published article reports the first results of PROREPAIR-B, a study coordinated by CNIO researchers and conducted at the Instituto de Investigación Biomédica de Málaga (IBIMA) and the Instituto de Genética Médica y Molecular (INGEMM), with the participation of 38 Spanish hospitals. More than 400 men diagnosed with prostate cancer resistant to castration – or hormone blockade – were followed up for five years starting in 2013 in order to analyse their genetic characteristics and the impact of these on the progression of the disease and response to treatments. “This is the first prospective study – that is, not looking back in time but watching for outcomes from the moment patients are diagnosed with advanced cancer – that shows BRCA2 mutations themselves, regardless of other factors, are responsible for poor prognosis and can have an impact on treatment responses,” explains Castro, the article’s first author. “It should be noted that we identified germline mutations, although in a number of patients there were no familial cancer cases that might have indicated the presence of such genetic alterations. These mutations should be identified in patients with metastatic prostate cancer, since detecting such alterations is important for the diagnosis and management of the disease and for the patients’ families, whose risk of developing breast, ovarian or pancreatic cancer is increased,” explains Castro. PROREPAIR-B is the first prospective cohort study carried out for a long period that involves a large number of patients diagnosed with metastatic prostate cancer castration resistant and with hereditary alterations. “Our study shows that treatment and follow-up protocols used in patients with advanced prostate cancer may be inadequate for men with BRCA2 mutations. We are currently studying the characteristics that make these tumours more aggressive and trying to establish new strategies to improve patient prognosis,” says David Olmos, Head of the CNIO Prostate Cancer Clinical Research Unit and coordinator of the project. PROREPAIR-B: the genetics of the most aggressive prostate cancer Prostate cancer is the most frequent cancer among males in Spain and Western countries, and the second most frequent worldwide. In recent years, survival has gradually increased as a result of early detection; however, it is the third most common cause of cancer deaths in men in Europe. Most tumours are detected early, which improves prognosis. Advanced prostate cancer is usually treated with hormone therapy; however, a number of patients develop castration resistant prostate cancer. Some of these patients show poor responses to standard treatments. In general, survival in patients with resistance to androgen deprivation therapy is 3 years on average. One of the main goals of PROREPAIR-B is to identify genetic markers associated to poor prognosis. In addition, understanding the genetic traits of aggressive tumours can help to explore novel treatment pathways. The study focuses mainly on genetic patterns associated to deficiencies in DNA-repair mechanisms. Tumour cells carry many more genetic alterations than normal cells, which means they need highly effective repair mechanisms. According to Castro, her team “knew DNA repair is extremely important in prostate cancer. What we did not know was the proportion of patients in the population with advanced stage disease and hereditary mutations.” The study shows that 3% of the patients carry BRCA2 mutations, a percentage that reaches 16% when all DNA-repair genes are considered. “This proportion may seem comparatively low but it comprises a significant number of patients, given the high incidence of prostate cancer,” says Castro. A new treatment pathway The researchers who participated in the study believe treatment strategies should be improved by optimising existing therapies and finding new drugs. In some patients, drugs interfering with DNA-repair mechanisms might be effective, as the cells that cannot repair their genetic defects die. These drugs are PARP inhibitors, which have been approved for ovarian cancer and whose efficiency in prostate cancer is currently being tested in a number of clinical trials. Carboplatin is another drug that is currently being used to treat breast and ovarian cancers. The US Department of Defense has awarded funds to support a clinical trial carried out in Spain to demonstrate the effectiveness of carboplatin in patients with prostate cancer and DNA-repair defects. PROREPAIR B is part of PROCURE, a project developed at the CNIO Prostate Cancer Clinical Research Unit that consists of multiple prospective studies to evaluate biomarkers. A large number of Spanish researchers are participating in this multicentre project, which has gathered one of Europe’s largest sample collections from advanced prostate cancer patients. PROREPAIR-B received funding from the Prostate Cancer Foundation, CRIS Cancer Foundation, the Health Institute Carlos III, the Spanish Ministry of Science, Innovation and Universities, the Spanish Ministry of Education, Culture and Sports and the Spanish Association Against Cancer (AECC).