The EMBO Journal. A quick and simple technology to improve the effectiveness of stem cells in regenerative medicine developed 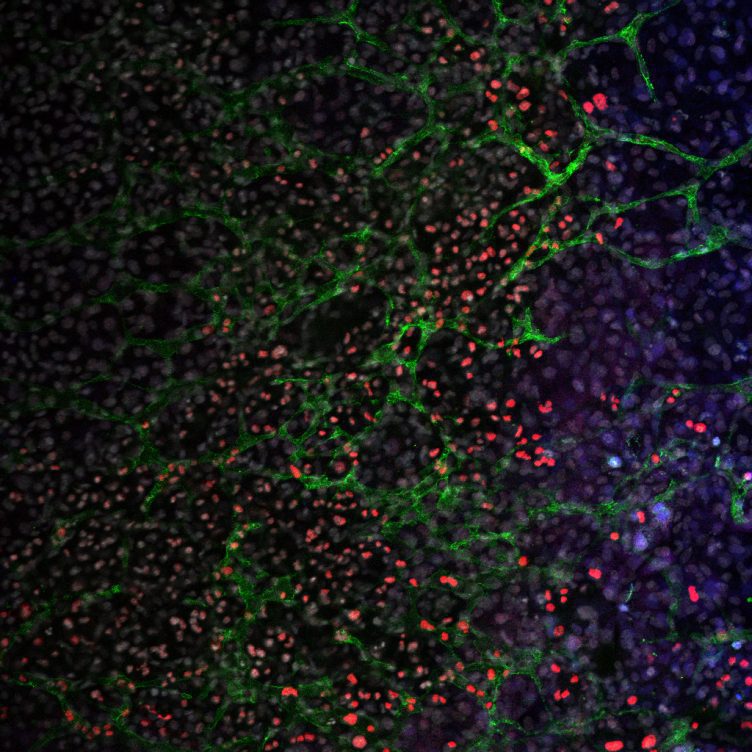 By introducing a molecule, microRNA 203, this new protocol enhances in vitro and in vivo the potential of stem cells to differentiate into adult cells of different types

The researchers are thus able to generate a “tabula rasa” state in stem cells, increasing their ability to differentiate into multiple types of mature cells

These results open the door to the improved generation of different cell types needed for regenerative medicine in muscle disorders and nervous system disorders, among others

This is a collaborative study led by the CNIO in which 6 national and international organisations such as the Harvard Medical School in Boston, the Garvan Institute of Medical Research in Sydney, and the Salk Institute for Biological Studies in La Jolla participated

Stem cells have been holding great promise for regenerative medicine for years. In the last decade, several studies have shown that this type of cell, which in Spanish is called “mother cell” because of its ability to give rise to a variety of different cell types, can be applied in regenerative medicine for diseases such as muscular and nervous system disorders, among others. Researchers and stem cell pioneers Sir John B. Gurdon and Shinya Yamanaka received the Nobel Prize in Physiology and Medicine in 2012 for this idea. However, one of the main limitations in the application of these cell therapies is the quality of the stem cells that can be generated in the laboratory, which impedes their use for therapeutic purposes.

Now, a team from the Cell Division and Cancer Group of the Spanish National Cancer Research Centre (CNIO), led by researcher Marcos Malumbres, has developed a new, simple and fast technology that enhances in vitro and in vivo the potential of stem cells to differentiate into adult cells. The research results will be published this week in The EMBO Journal.

“In recent years, several protocols have been proposed to obtain reprogrammed stem cells in the laboratory from adult cells, but very few to improve the cells we already have. The method we developed is able to significantly increase the quality of stem cells obtained by any other protocol, thus favouring the efficiency of the production of specialised cell types,” says María Salazar-Roa, researcher at the CNIO, first author of the article and co-corresponding author.

In this study, the researchers identified an RNA sequence, called microRNA 203, which is found in the earliest embryonic stages – before the embryo implants in the womb and when stem cells still have their maximum capacity to generate all the different tissues. When they added this molecule to stem cells in the laboratory, they discovered that the cells’ ability to convert to other cell types improved significantly.

To corroborate this, they used stem cells of human and murine origin, and of genetically modified mice. “The results were spectacular, both in mouse cells and in human cells. Application of this microRNA for just 5 days boosts the potential of stem cells in all scenarios we tested and improves their ability to become other specialised cells, even months after having been in contact with the microRNA,” says Salazar-Roa.

According to the study, cells modified by this new protocol are more efficient in generating functional cardiac cells, opening the door to an improved generation of different cell types necessary for the treatment of degenerative diseases.

Malumbres, head of the CNIO Cell and Cancer Division Group, says: “To bring this asset to the clinic, collaboration with laboratories or companies that want to exploit this technology is now necessary in each specific case.” In this context, Salazar-Roa recently participated, in close collaboration with the CNIO’s Innovation team, in prestigious innovation programs such as IDEA2 Global of the Massachusetts Institute of Technology (MIT) and CaixaImpulse of the “la Caixa” Foundation, from which they also obtained funding to start the development of this technology.

The study was carried out in collaboration with the groups of Sagrario Ortega, Maria Blasco and the Biotechnology units of the CNIO, Manuel Serrano of the IRB Barcelona, José Fernández-Piqueras of the Centre for Molecular Biology Severo Ochoa (CBMSO-CSIC), FátimaValdés-Mora and Susan J. Clark of the Garvan Institute of Medical Research in Sydney (Australia), Juan Carlos Izpisúa-Belmonte of the Salk Institute for Biological Studies in La Jolla (USA), and Da-Zhi Wang of Harvard Medical School in Boston (USA).

The study was funded by various national entities such as the Spanish Association Against Cancer, the “la Caixa” Foundation, the Community of Madrid, the Fundación Botín and Banco Santander, the Ministry of Science and Innovation and the National Institute of Health Carlos III. International entities such as the National Breast Cancer Foundation/Cure Cancer Australia Foundation, the National Health and Medical Research Council (Australia), the Worldwide Cancer Research (UK) and the G. Harold and Leila Y. Mathers Charitable Foundation also participated.