Mutations in the MDH2 gene, a key factor in cellular metabolism, are associated with the development of pheochromocytomas and paragangliomas, neuroendocrine tumours that affect the suprarenal and parathyroid glands, respectively

Researchers in the Hereditary Endocrine Cancer Group of the Spanish National Cancer Research Centre (CNIO) — led by Alberto Cascón and Mercedes Robledo — have described the presence of mutations in the MDH2 gene, in a family with very rare neuroendocrine tumours associated with a high hereditary component: pheochromocytomas and paragangliomas that affect the suprarenal and parathyroid glands (groups of chromaffin cells in the central nervous system), respectively. This research has been published in the Journal of the National Cancer Institute.

Pheochromocytomas and paragangliomas are rare diseases, with an incidence of 3 to 8 cases per million inhabitants. In spite of this low incidence, they represent a paradigm in hereditary cancer because they are the tumours with the highest hereditary predisposition: approximately 50% of the patients inherit and/or transmit the susceptibility to developing this cancer.

To date, researchers had identified 11 main genes whose mutations are responsible for pheochromocytomas and paragangliomas. Of these, 6 are involved in cellular metabolism and more specifically, the Krebs cycle, which is the machinery used by cells to burn oxygen and obtain the energy required for cellular work.

The researchers sequenced the whole exome — the part of the genome that produces the proteins — of one of the tumours in a patient with multiple malignant pheochromocytomas and paragangliomas; this tumour showed no mutations in any of the 11 genes associated with genetic susceptibility to developing the disease.

Analysis and filtering of the almost 80,000 variants found in the sample allowed the identification of a mutation in the MDH2 gene, whose association with this type of cancer had not been described before. Moreover, “the presence of the mutation in first-degree relatives, one of whom was subsequently diagnosed with the disease, confirmed the hereditary nature of this genetic alteration,” explains Cascón.

The new discovery confirms the relationship between metabolism and the development of this type of tumour. Mutations in the Krebs cycle genes in patients with these tumours cause a metabolic alteration that leads to the accumulation of specific metabolites. These metabolites, known as oncometabolites, give rise to epigenetic changes in the genome that cause global gene expression changes and, as a consequence, the appearance of tumours.

Pheochromocytomas and paragangliomas are usually benign tumours, although around 10-25% of patients develop metastasis. This is the case of patients with mutations in Krebs cycle genes, in whom the likelihood of metastasis increases by up to 50%.

For this reason, “the genetic diagnosis of these patients is very important. The identification of the new gene will not only boost this diagnosis prior developing the disease, but will also help to identify patients who are more likely to develop metastasis,” explains Cascón.

The conclusions of the study suggest that efforts should be aimed at searching for new metabolic abnormalities in patients with these tumours. “Right now we are collaborating with the European ENS@AT consortium for the study of adrenal tumours, in order to continue investigating the role of MDH2 in the disease. Only in this way, due to the fact that these are rare diseases, will we be able to obtain a significant number of patients to whom we can translate the results,” explain the scientists.

This study has been funded by the Instituto de Salud Carlos III, the European Commission, the Centre for Biomedical Network Research on Rare Diseases (CIBERER) and the ‘La Caixa’ Foundation. 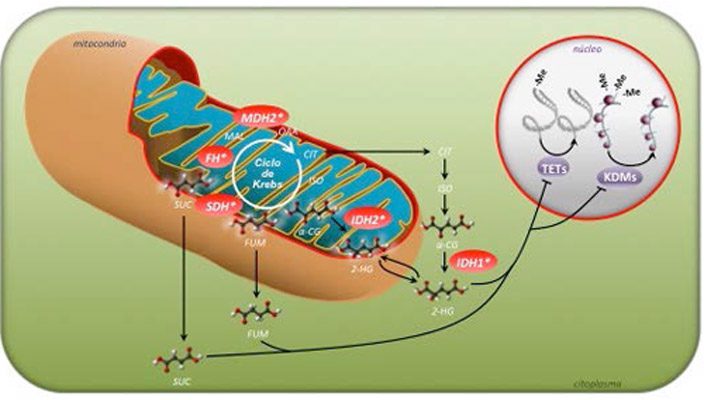