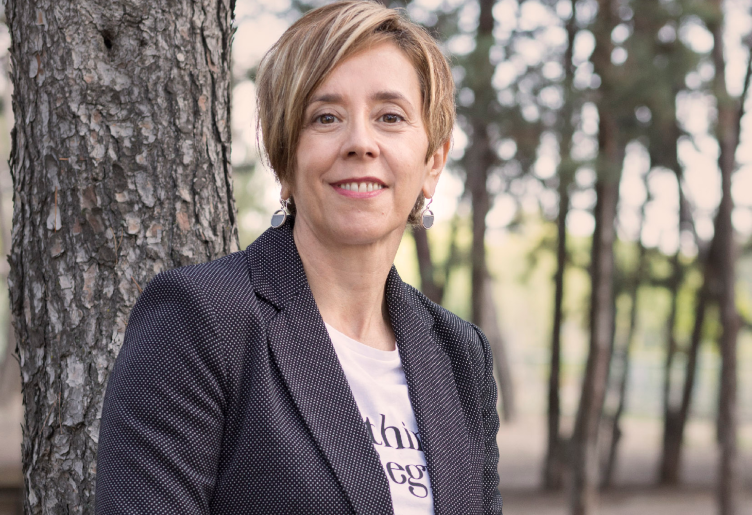 CNIO researcher Marisol Soengas has been given the Pezcoller-Marina Larcher Fogazzaro-EACR-Women in Cancer Research Award, granted by the Pezcoller Foundation and the European Association for Cancer Research (EACR)
The Award gives recognition to scientists who have “demonstrated academic excellence and achievements in the field of cancer research” and who, “through leadership or by example,” have “furthered the advancement of women in cancer research”

Marisol Soengas, Head of the Melanoma Group at the CNIO, welcomed the award: “It is a prize given by our peers, by researchers in our field, and in this sense it is special.”

The Pezcoller-Marina Larcher Fogazzaro-EACR-Women in Cancer Research Award is a highly competitive award which celebrates a researcher’s efforts to promote and popularise science, and to further the advancement of women in cancer research. This is exactly the type of work Dr Soengas does at the CNIO.

“I would like to point out that science is a team sport. Without the people who work with me, both in research and in outreach activities, it would be impossible for me to do what I do.”

Headquartered in Trento, Italy, the Pezcoller Foundation launched the Pezcoller-Marina Larcher Fogazzaro-EACR-Women in Cancer Research Award in 2020, in recognition of the achievements of female scientists in cancer research.

The goal of the Pezcoller Foundation is to promote cancer research and cancer-related biomedical science, giving several awards throughout the year to recognise excellence and achievements in cancer research.

Dr Soengas will deliver the prestigious Pezcoller-Marina Larcher Fogazzaro-EACR-Women in Cancer Research Award Lecture at the EARC 2022 Congress: “Innovative Cancer Science: Translating Biology to Medicine”, to be held in Seville, Spain, from 20 to 23 June, 2022.

Dr Soengas´ laboratory has identified pro-oncogenic factors that define the so-called “hallmarks of melanoma”, distinguishing it from more than 25 different types of cancer. In addition, her group has developed animal models to visualise melanoma development from very early stages and has identified new mechanisms of immune resistance.

Dr Soengas is the recipient of numerous prizes and awards, including the Constantes y Vitales Prize to the Most Relevant Biomedical Publication in 2017, granted by La Sexta and Fundación AXA; the 2017 Galician Women Executives Award; the 2018 Plaque of Honour from the Spanish Scientists Association; and the Fritz Anders Medal from the European Society for Pigment Cell Research (ESPCR), which recognises the most prominent researchers in the melanoma field. She was ranked among the Top 100 Women Leaders in Spain in 2018 and 2019 by Mujeres & Cia, and she is an elected Member of the Galician Academy of Pharmacy and the Spanish Academy of Pharmacy. In 2021, she was appointed as Vice-President of the Spanish Association for Cancer Research (ASEICA).