Marisol Soengas, recipient of the Carmen and Severo Ochoa Award 2021 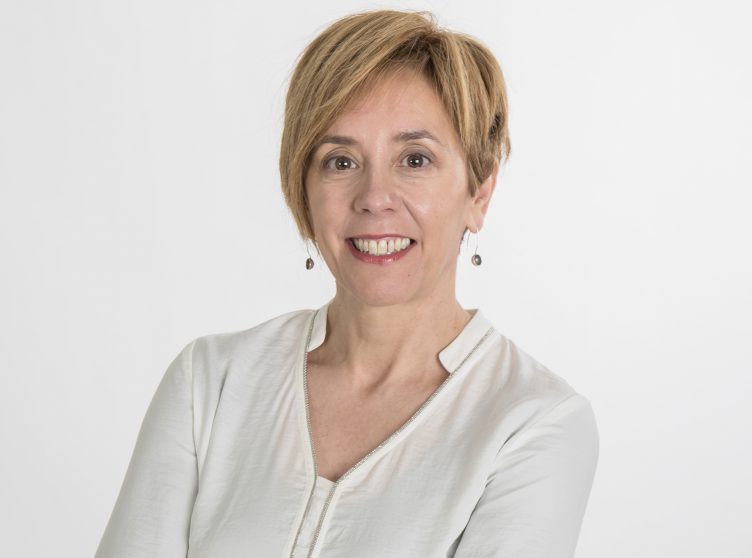 The award ceremony will take place on Monday 22 November at 18.30 at the Spanish Royal Academy of Medicine

The twenty-sixth Memorial Lecture will be given by oncologist Luis Paz-Ares, who will give a talk entitled “From biology to personalised treatment: the case of lung cancer”

Marisol Soengas, a researcher at the Spanish National Cancer Research Centre (CNIO), will receive the 2021 Carmen and Severo Ochoa Award for Research in Molecular Biology, “in recognition of her studies on melanoma and its progression in patients affected by these tumours,” according to the Carmen and Severo Ochoa Foundation, which grants this award. The award ceremony, which this year celebrates its 26th edition, will take place next Monday, 22 November, at 6.30 pm at the Spanish Royal Academy of Medicine in Madrid.

The Memorial Lecture will be given by the oncologist Luis Paz-Ares, head of the Medical Oncology Department at the 12 de Octubre University Hospital in Madrid and the H12O–CNIO Lung Cancer Clinical Research Unit, who will give a talk entitled “From biology to personalised treatment: the case of lung cancer”.

This award is in recognition of the scientific career of Soengas, an international expert in basic and applied melanoma research. Her laboratory has identified pro-oncogenic factors that define the so-called “hallmarks of melanoma” and distinguish it from more than 25 other types of cancer. Her group has developed animal models that allow the visualisation of melanoma development from very early stages and has found new mechanisms of immune resistance. In addition, results obtained in her laboratory have served as the basis for the creation of the CNIO spin-off Bioncotech Therapeutics, whose lead drug candidate is currently undergoing clinical trials.

Her studies have been published in prestigious scientific journals such as Nature, Cell, Cancer Cell, Science and Nature Medicine. Soengas has received numerous awards, such as the Constantes y Vitales Award -an initiative of la Sexta TV and the AXA Foundation- for the most outstanding biomedical publication of 2017, the 2017 Galician Women Executives Award, and the 2018 Plaque of Honour from the Spanish Association of Scientists. In 2019 she received the Fritz Anders Medal from the European Society for Pigment Cell Research (ESPCR), which recognises the most prominent researchers in the field of melanoma. She was elected as one of the Top 100 Women Leaders in Spain (2018 and 2019 editions) by Mujeres & Cia (Women & Co.) and was appointed Member of the Galician Academy of Pharmacy and the Spanish Royal Academy of Pharmacy. Soengas has also received numerous awards that recognise her role as a promoter of activities to improve the professional development of women in science. These include the Women in Science Research Team Science Award from the L’Oreal-Melanoma Research Alliance and the Elsa Medrano Memorial Award from the Society for Melanoma Research, which recognises the most influential women in the field of melanoma. In 2021, she was elected vice-president of the Spanish Association for Cancer Research (ASEICA).