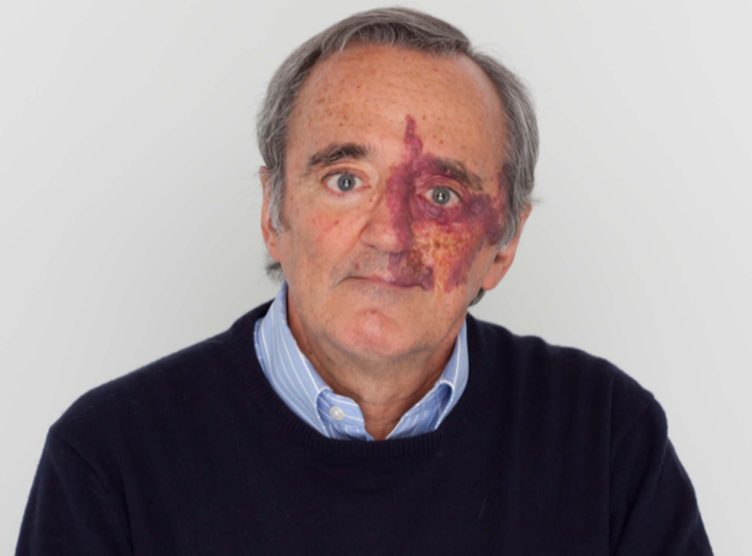 The University conferred upon him the Honorary Degree of Doctor honoris causa, in recognition of his brilliant scientific career and outstanding contributions to advancing cancer research
The event was held on 21 February at the UNED main campus in Madrid, coinciding with the feast of St. Thomas Aquinas, the patron saint of universities

Mariano Barbacid Montalbán, head of the Experimental Oncology Group at the National Cancer Research Centre (CNIO), and AXA-CNIO Professor of Molecular Oncology, has been conferred the honorary title of Doctor Honoris Causa by Universidad Nacional de Educación a Distancia (UNED), having been nominated by UNED’s International School of Doctorate.

This distinction recognises his merits in basic research on the mechanisms underlying different types of cancer and highlights his role as a pioneer in cancer research and the function of Ras oncogenes.

The new honorary doctor was presented by his two sponsors, the vice-rector for Research, Knowledge Transfer and Scientific Dissemination at UNED, Rosa María Martín Aranda, and the oncologist and director of the Carlos III Institute of Health, Cristóbal Belda.

Mariano Barbacid was born in Madrid on 4 October 1949. He studied Chemistry (specialising in Biochemistry) at Universidad Complutense and received his doctorate in 1974. Between 1974 and 1977 he completed his post-doctoral training at the U.S. National Cancer Institute (NCI). In 1978 he formed his own research group at NCI where he worked until 1988. Over the course of the next decade (1988-1998), he worked in the pharmaceutical industry and became Vice President of Preclinical Oncology at the multinational Bristol-Myers Squibb. In 1998, he returned to Spain to found and run the Spanish National Cancer Research Centre (CNIO).

Barbacid´s research group first isolated a mutated human gene capable of causing cancer (oncogene) in 1982, thus identifying the first molecular alteration involved in tumour development. These findings, also carried out independently by two other American research groups, enabled researchers to establish the molecular basis of cancer and opened up a new field of research that we now know as Molecular Oncology.

At present, Dr Barbacid’s h-index (Hirsch factor) is 121, the highest in Spain in the areas of Biochemistry, Molecular Biology and Cell Biology, and the second highest in the Oncology Field.

Dr Barbacid has received numerous honours over the years, including his appointment as a Member of the US Academy of Sciences, an honour that only eight other Spanish researchers hold. In 2014, he was appointed a Fellow of the American Association for Cancer Research (AACR) Academy, the first Spanish scientist to receive this distinction. He is also a member of EMBO (1996), the European Academy (2004) and the European Academy of Cancer Sciences (2009).

His national awards include the Echegaray Medal (2020), the highest distinction awarded by Spain’s Academy of Sciences. In addition, he has received honorary doctorates from Universidad Internacional Menéndez Pelayo  (1995), Universidad de Cantabria (2011), and Universidad de Barcelona (2014). And on Monday 21 February 2022, he also received these honours from UNED.