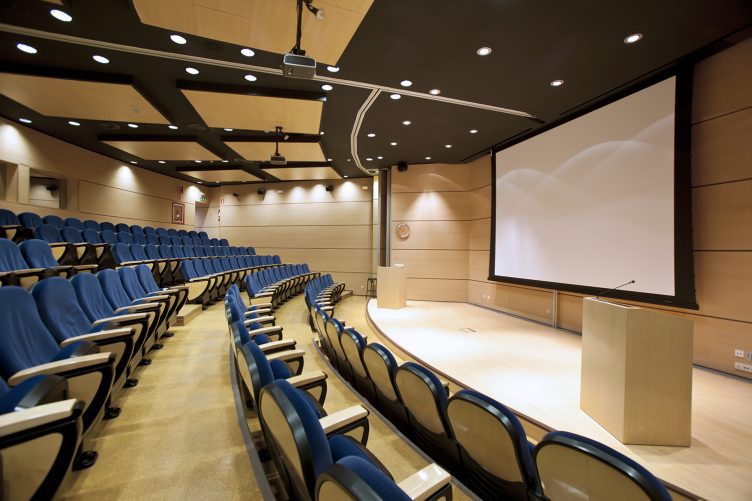 Nuria López-Bigas, from the IRB Barcelona, gets this Friday the CNIO Distinguished Seminars of 2020 underway. López-Bigas, who has contributed to the finding of mutations involved in 4,000 tumours, will explain the mutational footprint left by cancer therapy itself

Speakers will address areas such as genomics, cancer stem cells and epigenetics. The presentation of Joan Massagué of the Memorial Sloan Kettering Cancer Center (New York, USA) on the origin of metastases is particularly noteworthy (March 11)

The CNIO Distinguished Seminars are the Centre’s most prestigious conferences open to the public. They aim to create a stimulating basis for research excellence

[Update 11/03/20] These seminars have been cancelled for circumstances beyond the organization’s control until further notice.

Each year, CNIO group leaders may choose to invite a prestigious scientist to whom they would like to listen. It is a sort of letter to Santa. The result is the annual CNIO Distinguished Seminars programme, which has been bringing pioneers in topics of absolute cutting-edge science to the CNIO for years. The 2020 line-up maintains this tradition, with seminars by some of the world’s leading experts in areas such as metastasis, cancer genomics, cancer stem cells and epigenetics.

The sessions intend to create a stimulating and interdisciplinary environment that helps to reflect and generate ideas. This year one of the best-known names to the not strictly scientific public is Joan Massagué of the Memorial Sloan Kettering Cancer Center (New York, USA), who will talk about the origin of metastases (March 11).

The sessions are open to the public – without simultaneous translation.

The first one, this Friday 24 (12h), will be lectured by Núria López-Bigas, a researcher at theInstitute of Biomedical Research (IRB) in Barcelona, to speak about the mutational footprint left by cancer therapy itself.

López-Bigas (Monistrol de Montserrat, 1975) is developing pioneering computational tools to find mutations relevant to cancer. She participated in international projects such as the Cancer Genome Atlas Research Network and contributed to the creation of IntOGen and Cancer Genome Interpreter, bioinformatics platforms for the analysis of somatic mutations in tumours.

Among her findings are the answer to why mutations accumulate in specific places of the genome in some types of tumour and the description of mutations of more than 4,000 tumours originating in various organs.

Her lecture will focus on one of her latest studies: mutations caused by cancer treatments chemotherapy and radiotherapy. Her group has analysed the genome of more than 3,500 metastatic tumours from patients who previously received cancer treatment.

López-Bigas received a Consolidator Grant from the European Research Council and has numerous awards, including the Spanish National Cancer Research Award last December.

The cells that regenerate cancer

Cédric Blanpain of the Free University of Brussels (Belgium) will speak on January 31. Blanpain (Belgium, 1970) is an expert in developmental biology and cancer stem cells. He was one of the first to demonstrate the existence of cancer stem cells in solid tumours in vivo.

One of his most recent findings, published in Nature, has to do with the most common skin cancer. Blanpain’s group identified a population of cells in this tumour that survive treatment and are therefore responsible for the recurrence of the tumour. In addition, his group’s researchers found evidence that a certain combination of drugs may be effective against these resistant cells.

In February the following researchers will take part in the cycle: Victoria Sanz-Moreno of the Barts Cancer Institute in London; Anna Veiga of the Center of Regenerative Medicine in Barcelona; and Werner Kühlbrandt, director of the Max-Planck-Institute of Biophysics in Frankfurt (Germany).

The ‘Achilles heel’ of cancer

Victoria Sanz-Moreno, born in Gijón and currently a professor at the Barts Cancer Institute in London, will speak on February 1 about ‘Cytoskeletal dynamics: the Achilles heel of cancer’.

In one of her most recent works, published in Cell, she studied an essential mechanism in melanoma metastases. Her group has discovered that the same molecules that drive the spread of cancer are responsible for reprogramming healthy cells of the immune system; with this modification, defensive cells stop fighting cancer cells and instead help in the spread of the tumour. This result opens new therapeutic avenues to prevent the spread of melanoma.

In February, Anna Veiga, from the Center for Regenerative Medicine in Barcelona, and Werner Kühlbrandt, director of the Max-Planck-Institute of Biophysics, in Frankfurt (Germany), will also participate.

All the conference of the CNIO Distinguished Seminars 2020 are available in our website: https://www.cnio.es/en/eventos/tipo/distinguished-seminar/