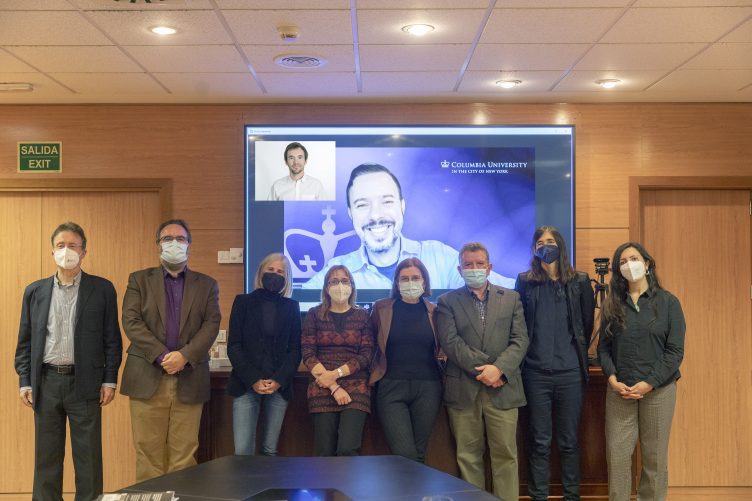 During the meeting, the ethical and epistemic problems of the use of animals in science, as well as the possible alternatives that scientists have begun to explore, were addressed

Although the use of animals is necessary for the study of certain pathological processes, the development of techniques that are alternatives to animal experimentation will make it possible to reduce the use of experimental animals and replace them with these techniques. That was made clear at the symposium organised this week by the Spanish National Cancer Research Centre (CNIO) with the support of the Banco Sabadell Foundation. This meeting took place at the CNIO and was attended by more than 300 people who registered online. The aim of these meetings, which just celebrated their third edition, is to bring philosophy closer to the practice of science and to promote philosophical thinking in areas such as cancer, ageing, biodiversity and public health. This initiative is also a manifestation of the CNIO supporting the importance of philosophy in education and scientific thought.

Many researchers and animal rights advocates share concerns about the need to use animals to make successful scientific progress. In fact, since the 1980s, there has been enormous progress, both in raising awareness of the use of good practices and in respecting the protocols approved in recent decades by the authorities, and the new generations of researchers agree on the need to make progress in the search for alternatives to this practice. These were some of the conclusions put forward by the symposium participants, who also presented some of the different options that have already begun to be used in various fields.

In the first session, moderated by journalist Lucía Arana, the ethical aspects of animal experimentation were addressed. Fabiola Leyton, an expert in bioethics and associate professor at the University of Barcelona, addressed, among other issues, the need to analyse the toll that this use takes on the animals, according to the degree of severity of the harm that may be caused to them relative to the social benefit achieved with it. On the other hand, Manuel Valiente, head of the CNIO’s Brain Metastasis Group, presented an alternative system that has begun to be used through the METPlatform, which allows organotypic cultures of human tissues to be generated for testing multiple drugs. For her part, Lucía Arana, a journalist at elDiario.es and co-author of the blog el caballo de Nietzsche [Nietzsche’s horse], stressed that, after eight years of experience with this blog, she has observed that “more and more people are questioning these practices with animals, raising ethical concerns that seemed unthinkable a few decades ago.”

The second session, which dealt with the epistemic aspects of animal experimentation, was moderated by Antonio Diéguez, Professor of Logic and Philosophy of Science at the University of Malaga. Marta Tafalla, Professor of Ethics and Aesthetics at the Autonomous University of Barcelona, gave the agreement signed between a research centre such as the CNIO and the Franz Weber Foundation to stimulate alternatives to the use of animals for research as an example of the path to follow in the future. Lluís Montoliu, a researcher at the Spanish National Centre for Biotechnology (CNB-CSIC), drew attention to the evaluations that researchers working with animals undergo. Montoliu pointed out that there have been many changes since the late 1980s: “We have learned to respect animals as living beings with particular values, and we know we must minimise any harm.” Regarding alternative methods, he stressed that they have come a long way but still do not allow us to completely eliminate the use of animals in research.

The meeting concluded with a session focused on alternatives to animal experimentation, moderated by Arantza Etxeberria, associate professor of Logic and Philosophy of Science at the University of the Basque Country (UPV/EHU). In this session, Raúl Rabadán, professor at the Departments of Systems Biology, Biomedical Informatics and Surgery at Columbia University, explained by videoconference from New York, that “data, which is already of very high quality, is causing a revolution in biology,” but he warned that “it is still highly observational.” Finally, Guillermo Repetto, professor of Toxicology at the Pablo de Olavide University, concluded in his talk: “The idea is to avoid doing unnecessary experiments with animals. The criterion is whether the models are good or bad. And the ideal situation is to try to obtain data from humans and, when this is not possible, to decide case by case when an animal experiment is justified.”