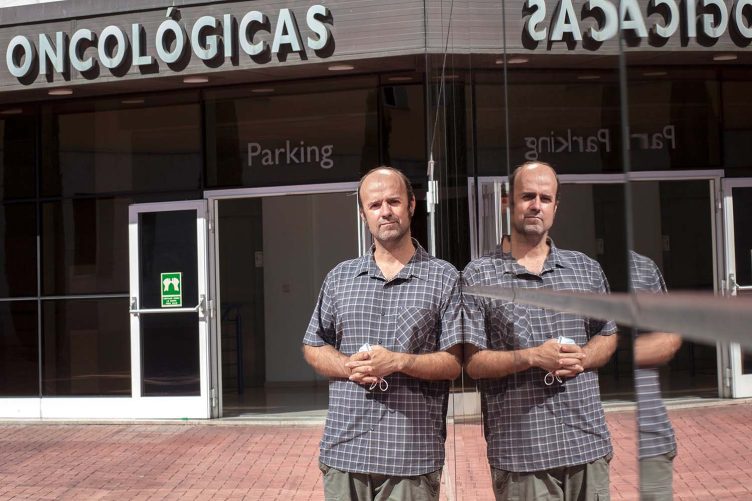 These molecules would act by limiting the severity of one of the main complications of the disease: the hyperreaction of the immune system known as the ‘cytokine storm’, which is decisive in the most severe cases
The study, derived from computational work and already deposited in a public repository in 2020, reports a hierarchical list of compounds with immuno-suppressive potential. Some of these molecules have already been validated in subsequent studies, and others are in clinical trials
The results suggest that the higher rate of mortality from COVID-19 in men could be due to the anti-inflammatory properties of female hormones
The study also identifies drugs that could potentially aggravate the severity of the cytokine storm and would, therefore, be contraindicated in patients with COVID-19

Inflammation is a defence mechanism of the body to fight pathogens. However, when it is widespread and excessive, it can aggravate the pathology and even cause death. One of the ways in which this excessive response occurs is called a cytokine storm, an inflammatory process produced by these proteins, cytokines, which send a signal that triggers the immune system. “This response is often the cause of death in those affected by SARS-CoV-2 rather than the virus itself,” explains Óscar Fernández-Capetillo, head of the Genomic Instability Groupat the National Cancer Research Centre (CNIO). He is one of the authors of the article published today in Scientific Reports, which sets out a hierarchical list of compounds that could potentially help reduce mortality in the most serious COVID patients, based on their power to halt this chemical storm. Their use could also be extended to other pathologies in which this inflammatory phenomenon also occurs.

Although respiratory failure associated with Acute Respiratory Distress Syndrome (ARDS) is the leading cause of death from COVID-19, an accumulation of evidence shows that lethality in a subgroup of severe patients occurs due to the late appearance of an inflammatory cytokine storm, the paper notes.

In order to find “antidotes,” the researchers used the incipient scientific studies that emerged from April 2020 onwards and identified changes in gene expression in lung cells from SARS-CoV-2 patients dying as the result of a cytokine storm. These data were then used to probe the Connectivity Map database, developed by the Broad Institute, part of MIT and Harvard University, which contains changes in gene expression induced by around 5,000 compounds, including all drugs approved for clinical use.

The aim was to identify potential “antidotes”, compounds that induce opposing changes in the expression of genes to those seen in patients with COVID-19. “The study predicts that glucocorticoids such as dexamethasone should be effective in combating mortality in patients with COVID-19, which was comforting because, in fact, these drugs, along with others, are already being used in hospitals to combat death from COVID-19,” says Fernández-Capetillo.

To their surprise, the researchers identified – and subsequently validated in vitro– that MEK protein inhibitors, commonly used in cancer treatments, had a strong anti-inflammatory effect. “I think this anti-inflammatory property of MEK inhibitors is fairly unknown, and there needs to be more knowledge about it because it increases our arsenal of anti-inflammatory compounds that could contribute to mitigating cytokine storms that can occur in several contexts, such as after transplants, chemotherapy, and other infectious diseases including COVID-19,” says the biochemist.

The researchers emphasise that, in any case, any anti-inflammatory drug-based therapy – including glucocorticoids – should be restricted to the late and severe phases of COVID-19, since the use of anti-inflammatory therapies in the early stages of the disease would limit the effectiveness of the immune system in its fight against infection.

Another important aspect is that all the analyses conducted as part of the study converged to indicate that female hormones could help to fight the cytokine storm, which might explain why men tend to get more serious forms of COVID. “Also, it would be consistent with the fact that the difference in mortality by sex is mitigated in advanced ages, when menopause appears and oestrogen levels decrease,” explains Fernández-Capetillo.

The work, which offers a panoramic overview of the drugs known and available with the potential to combat the cytokine storm, was placed in a public repository at the end of 2020, “with the aim of making knowledge available to as many people as possible”, while the paper was being reviewed . “Virtually all the molecules we predicted at the time have been validated in later work by other groups, which is gratifying,” says the researcher.

Finally, in addition to predicting drugs that could combat the cytokine storm, the paper also reports compounds that could potentially aggravate this pathology. As might be expected, this list includes drugs that either activate the immune system or enhance inflammation. But, in addition, it reveals possible interactions with some oncology treatments or with the insulin signaling pathway.

With the help of the CNIO Bioinformatics Unit, the study “has been largely the result of the perseverance and work of Laura Sánchez-Burgos, a student who, during the tough lockdown in Madrid, resorted to computational approximations so that, although she was at home, she could be helpful and investigate relevant problems associated with SARS-CoV-2,” says Fernández-Capetillo.

In any case, as the authors clarify in the text of the article itself, the aim of this study is not to propose specific clinical indications for any of these agents, but simply to make a contribution, in the context of the current health crisis, by providing ideas about drugs that could help combat mortality in patients with COVID-19, and which other groups could test experimentally in preclinical models of the disease.