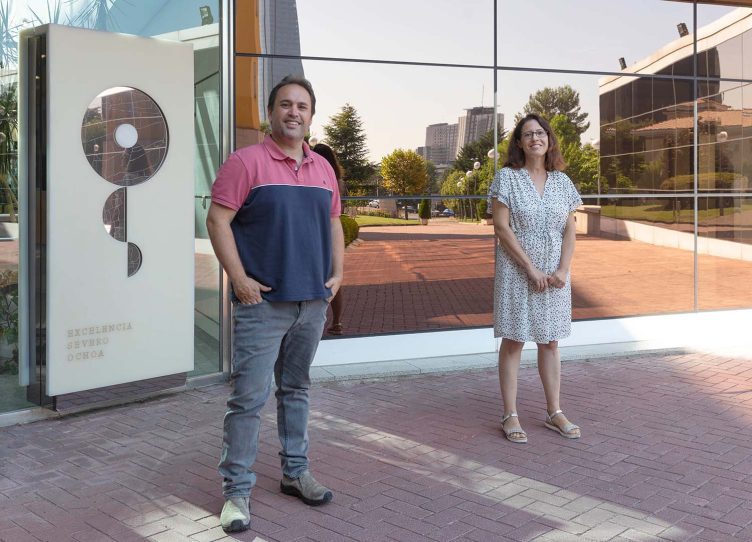 If this can be extended to patients, it would become one of the first treatments to tackle metastasis in its earliest stages, when it is most amenable to arrest its progression

“We must not only look inside the tumour but also outside of it,” says Héctor Peinado, a researcher at the Spanish National Cancer Research Centre (CNIO). How tumours manipulate their environment to advance is one of the big questions that Peinado has been trying to answer for years. For decades “to fight tumours, researchers focused on studying their intrinsic behaviour, but not on their surroundings.”

Peinado is the head of the CNIO’s Microenvironment & Metastasis Group, which studies the mechanisms involved in metastatic progression, including how nanoparticles called exosomes, which are released by tumours, manipulate the tumour microenvironment to favour metastasis. A paper published this week in the prestigious journal Nature Cancer describes how this critical process for melanoma progression occurs: exosomes travel and home to the sentinel lymph node -the lymph node where metastasis initially occurs- from where they remotely prepare a favourable environment -the pre-metastatic niche- for metastasis. In this study, they observed that the NGFR molecule drives this entire process and that blocking it drastically reduces metastasis in animal models. The reduction in metastasis was achieved using THX-B; this molecule is being tested for the treatment of other pathologies, which will accelerate its possible use in the treatment of tumours.

Unlike other skin cancers, melanoma is one of the most aggressive tumours; it can metastasise when the primary lesion is still very small. There are no early disease markers or disease prediction markers, which is why not only new treatments are important, but also early and accurate diagnoses to improve the prognosis of patients.

Metastasis is the cause of 90% of cancer deaths. In most cases, they are detected too late. “If we can identify when a tumour is going to metastasise, even before it happens, during soil preparation, it will be easier to treat it and to contain it,” says Peinado.

Although exosomes -nanovesicles released by all cell types, including tumour cells- were discovered more than 30 years ago, they have not been widely studied until the last few years. In 2012, Peinado discovered in David Lyden’s lab in the US how tumour cells release exosomes, which transfer biological information to the surrounding microenvironment to instruct it and promote metastasis even before the tumour cells themselves travel through the body.

“Until a few years ago, the microenvironment surrounding the tumours was overlooked. Now we know that the communication of tumours with their local environment and the rest of the organism is fundamental to understand cancer and its complications,” said Peinado in 2015, shortly after joining the CNIO to start his Microenvironment & Metastasis Group.

Melanoma cells, like many cells from other tumours, travel and spread through the body mainly via the blood circulation and the lymphatic system. These circulating tumour cells settle in the lymph nodes, which act as a reservoir or warehouse, and from there they carry out the changes for the formation of the pre-metastatic niche that will favour the colonisation of other organs. “In this study, we focused on the mechanisms of what could be called the earliest stages of metastasis,” explains Peinado.

After seven years of extensive analysis, the researchers describe in Nature Cancer that exosomes released by melanoma cells are recruited by lymphatic endothelial cells in the lymph nodes. In these cells, the exosomes promote, via the NGFR molecule, further branching of the lymphatic vasculature and adhesion of tumour cells that will allow them to survive and migrate to other sites.“Melanoma cells secrete exosomes carrying NGFR to manipulate the behaviour of lymphatic endothelial cells and facilitate metastasis.”

“We knew that melanoma cells that initiate metastasis increase NGFR production, but nothing was known about a possible role of NGFR in exosomes and its effects outside the tumour.”

After discovering the role of this molecule in the early development of melanoma metastasis, the team decided to study the consequences of blocking it during tumour cell expansion in mice. To do this, they used a genetic approach, in which they eliminated NGFR from the exosomes, and a pharmacological approach, in which they used the NFGR inhibitor THX-B. In both cases, metastasis was drastically reduced, opening the way to a possible new treatment to combat metastasis.

This may become one of the first treatments to tackle metastasis in its earliest stages when it is most likely to be successful.

The inhibitor THX-B is being studied for the treatment of other diseases such as diabetic retinopathy, but its effectiveness in the treatment of cancer has not been explored. “We are currently developing its use for clinical application in patients.” These results may be extended to blocking metastasis in other types of tumours that overexpress NGFR.

This study was funded by the Spanish Ministry of Science and Innovation, the Institute of Health Carlos III, the European Regional Development Fund, the Spanish Association against Cancer, the Ramón Areces Foundation, the “La Caixa” Foundation, CONSTANTES Y VITALES, an initiative of la Sexta and AXA Foundation, the Community of Madrid, the US National Institutes of Health, the Starr Cancer Consortium, the Melanoma Research Alliance and the Feldstein Foundation.