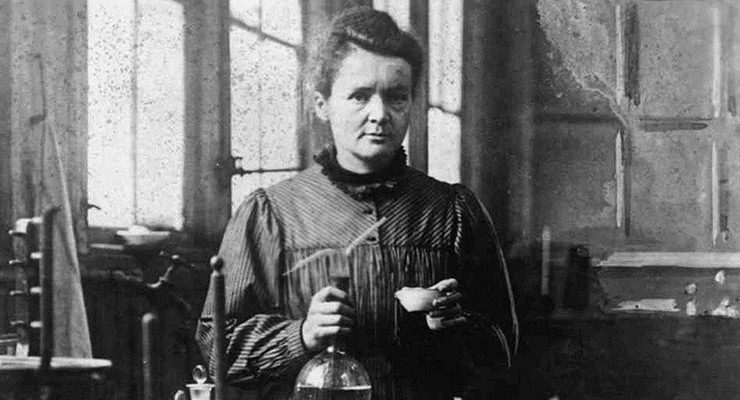 The Spanish National Cancer Research Centre (CNIO) is hosting an exhibition titled ‘Marie Sklodowska-Curie. A Pole in Paris’, which revisits the personal and professional life of one of the key women of the 20th century. The exhibition will open on 7 November – the birth anniversary of this Polish-French scientist – and can be visited until 30 of the same month (advance booking required). This initiative of the CNIO’s Women in Science Office (WISE) is part of our commitment to promoting and upholding the work of women scientists.

She was the first women to win a Nobel Prize, the only women to win it in two fields and the only person who has won it in two different scientific categories (Physics in 1903 and Chemistry in 1911). Today, more than one century later, Marie Sklodowska-Curie is still an example to be followed by women in science.

Her decisive work in radioactivity won her both awards and inspired this exhibition, which commemorates the opening of the first centres that focused on radioactivity: the Institute of Radioactivity of Madrid (1910) and the Warsaw Radio Institute (1932).

The curators of the exhibition, Belén Yuste and Sonnia Rivas-Caballero, will attend the opening event. Another guest will be the radio physicist Guadalupe Martín, who will speak of the most interesting aspects of Marie Curie’s life, the impact her discoveries have had and the role of women in science today.

ANOTHER YEAR WITHOUT WOMEN AWARD WINNERS

Precisely, the Nobel Prizes have raised some controversy this year. Once again, they failed to select women, even though some women were on the cards. The higher levels of science and the awards are still dominated by men.

Since Alfred Nobel created the prizes in 1901, only 17 women have won in the scientific categories – 18 prizes if we count Marie Curie’s two awards. Ten were from the 20th century and seven are from this century. Although this seems to signal some progress, it hides an easily detectable trap if you consider the presence of women in research and the long list of women whose contributions to science have been decisive, but were and are constantly ignored by the juries and committees of this and other awards.

Rosalind Franklin is probably the best-known example, but not the only one. Vera Rubin, Jocelyn Bell Burnell, Esther Lederberg, Chien-Shiung Wu, Lise Meitner or Nettie Stevens represent the negative side of a system in which Marie Curie and 16 other women are the examples to follow.

“Although we have progressed remarkably since the times of Marie Curie, there is still much to be done,” stresses Lola Martínez, head of the WISE Office at the CNIO. “We are convinced that to achieve full equality, we need to change mindsets and do away with stereotypes. It is important to bring other models, like Marie Curie, to the attention of young people because most female roles that appear each day in the media and on social networks do not, unfortunately, do justice to the role women play in society”.

With this in mind, the WISE Office organised several activities that were open to the public, such as a series of seminars delivered by Edurne Pasaban, María Teresa Fernández de la Vega or Ángeles González-Sinde, among others, or exhibitions like this one on Sklodowska-Curie.