The sixth edition of 'Lab Day' has been held today, Thursday, 1 December in the CNIO Auditorium

The Jesus Serra Foundation and Eli Lilly, among other partners, are sponsoring the event

The sixth edition of the already traditional Lab Day event of the Spanish National Cancer Research Centre (CNIO) has been held today, Thursday, 1 December. It is an opportunity to learn about CNIO´s greatest achievements this year, exchange ideas, and, for the youngest, obtain experience in the art of presenting their own work in an attractive and understandable manner. It has also been an occasion to celebrate the recognition of research excellence during the presentation of six awards.

“The Lab Day spirit consists of promoting training and encouraging young people, in addition to fostering the exchange of ideas between groups as well as team building, creating a sense of community,” explains Marisol Soengas, head of the Dean’s Office for Academic Affairs at the CNIO. 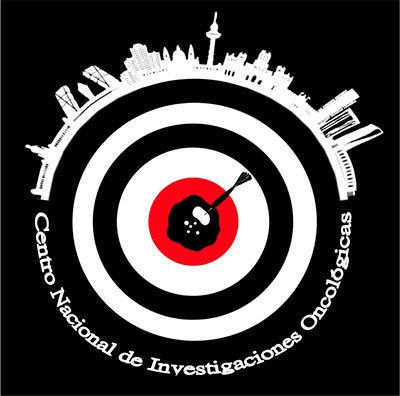 During the event, seven CNIO researchers – not the most senior, but “those who have carried out experiments,” says Soengas – have presented some of the most relevant work of the year, from the more basic research to the development of new therapies. Additionally, 64 scientific research posters were presented. A committee of experts selected the projects, considering the scientific relevance of the work and the communication skills of the authors.

The event also included a conference on entrepreneurship, entitled “MBA versus entrepreneur – how they think and decide differently” by Simon Gifford, director of Genesis Management Consulting and co-founder of Mashauri Limited.

In the afternoon, the Lab Day prizes were handed out. There are six categories:

* Awards to high-impact publications by pre-doctoral students. There were five awards, of which the first was named after Antonia Nieto, in memory of the mother of Antonio Agüera Nieto, a CNIO Friend.

This award went to Lluc Mosteiro, for her work published in Science “Tissue damage and senescence provide critical signals for cellular reprogramming in vivo”, which shows that tissue damage is key to cell regeneration.

The other award winners were Ana L. Gomes and Ana Teijeiro, who discovered that the proinflammatory molecule IL-17A is key in non-alcoholic steatohepatitis, an alteration that can lead to liver cancer; Sergio Ruiz and Cristina Mayor-Ruiz, for discovering a new mechanism of resistance to chemotherapy; Juan José Montero, for proving that the RNAs known as TERRA are essential for the maintenance of telomeres; and Eva Pérez-Guijarro, for identifying a new essential factor in the development of melanoma.

* Award to excellence in research by post-doctoral/staff investigators, which went to Matilde Murga for her work on replicative stress and its relationship with the development of tumours.

* Award to the most outstanding contribution to outreach and awareness, with emphasis on altruistic contributions to activities aimed at the public, cancer patients and researchers. The supervolunteer this year was Guillermo de Cárcer, who took part very actively in the European Researchers Night Madrid 2016. The athlete, and CNIO Friend, Marcos Argumosa presented the award.

* Prize for the best illustration: Daniela Cerezo & Cristina Tejedo. The winning image this year was of the Madrid skyline… a target that symbolizes CNIO´s mission to combat cancer.

The Event was sponsored by the Jesus Serra y de Lilly Foundation, among other collaborators.

Congratulations to all the winners!