Founded in 2012, the CNIO's Women in Science Office organises actions to raise awareness regarding the need for gender equality in the access of women to positions of scientific-technological responsibility

The gender inequality gap can also be found in the field of science. While the number of women with post-doctoral positions has grown exponentially in Europe over the last decade, achieving a 4% increase each year, the average rate of women in positions of responsibility in science and technology falls short of 22%, according to data from the ‘She Figures 2015’ report drawn up by the European Commission. A large part of the problem has to do with gender stereotypes.

In order to promote gender equality in science, the Spanish National Cancer Research Centre (CNIO) created the Women in Science Office (WISE) in late 2012. On the occasion of International Women’s Day, the Office has invited the mountain climber Edurne Pasaban to its cycle of conferences titled “Women and Science’, under the sponsorship of the Banc Sabadell Foundation.

SOURCE OF INSPIRATION FOR YOUNG PEOPLE


Known for being the first woman to crown the 14 highest peaks in the world, Pasaban will give a talk entitled “EXPEDITION TO SUCCESS: Achieving goals and overcoming difficulties”, aimed at showing how adverse circumstances along the way to a given goal can be overcome with perseverance and commitment. Pasaban is an example of perseverance that has become part of the history of national and international sport.

For the first time, and from now on, the ‘Women and Science’ talks will also be given to young people, in this case to Secondary School students. With this initiative the Office seeks to combat gender inequity among young people and teenagers, a group in which stereotypes are more deeply rooted and internalized, and also help promote scientific careers among girls by encouraging those who want to occupy positions of responsibility in the future.

A SPACE TO BALANCE GENDER ISSUES

Since the Office was set up, about 10 members from different levels within the CNIO — students, post-doctoral staff, heads of unit, etc. — coordinated by the researchers Lola Martinez, Paqui Mulero and Marinela Méndez have been dealing with gender equality issues, promoting equality initiatives and organising talks and events aimed at enhancing the role of women dedicated to scientific and technological careers.

With this talk, Edurne Pasaban will join the list of speakers invited by the Women in Science Office to its ‘Women and Science’ conferences. These include the biochemist, Margarita Salas, a pupil of Severo Ochoa and one of the key researchers in Spain; Carmen Vela, Secretary of State for Research, Development and Innovation; Maria del Mar Martínez, Director at the top management consultancy firm, McKinsey Madrid; or Capitolina Díaz, president of the Association of Women Researchers and Technologists (AMIT).

The CNIO’s Women in Science Office is also working on the organisation of training seminars on leadership and time management, the expansion of contacts and other activities aimed at improving the reconciliation of work and family life at the centre. 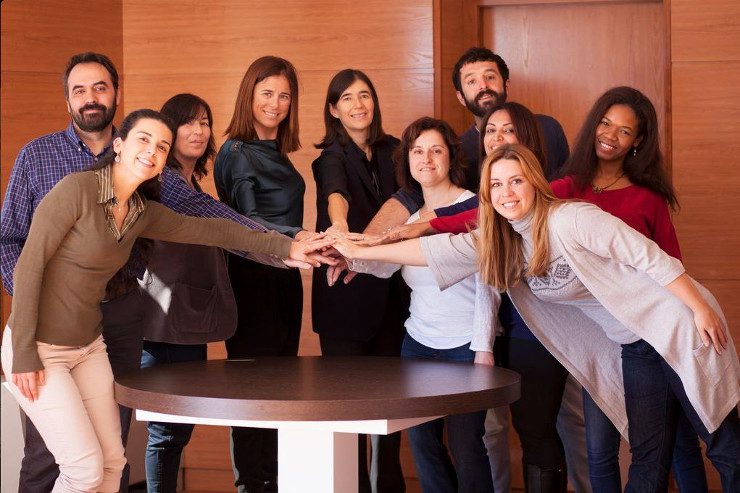