Succesful start to the CNIO & The City Project

In addition, the project's website is now available and provides information, resources, and enrolment forms

Raising awareness among young people and society regarding the work carried out in our laboratories is one of the goals of the Spanish National Cancer Research Centre (CNIO) and the basis of the CNIO & The City project, which was officially launched with a Teacher Training Course held from 25 September to 10 October. Education in science is a way to protect science because, as Adelaida Martínez, a teacher at CEIPSO Príncipe Felipe who attended the course, pointed out, “we appreciate what we know“.

For three weeks, thirty teachers from more than 25 schools in the Madrid Regional Community became students thanks to FormaCNIO, the branch of the project aimed at helping teachers to update and expand their knowledge in the field of cancer research. In addition, the course has been given the official seal of approval by the Madrid-West Regional Centre of Innovation and Training. 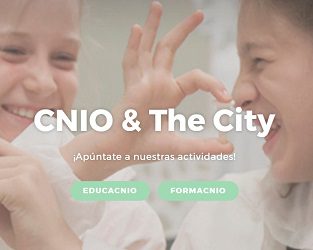 Other CNIO & The City activities, details of which can be found on the website, have also been launched. Paula Romero, a student at the IES Villa de Valdemoro secondary school, was one of the first participants in EducaCNIO, more specifically, in the ‘My First Science Project’ activity. Romero benefited from the advice of Águeda Tejera, researcher from the Telomeres and Telomerase Group -led by Maria Blasco-, to carry out her research project entitled ‘Telomerase: the key to immortality’, which will be presented in early December. In addition to Romero, another student, Eva García, from the IES El Burgo de Las Rozas secondary school, is working on a project with the assistance of Héctor Peinado, head of the Microenvironment and Metastasis Group.

Another activity included in the EducaCNIO project is the ‘Lab Immersion’ activity, in which students will be able to accompany researchers as they perform their daily tasks and learn more about what it is like to work in a laboratory. Several associations, such as Amigos de la Ciencia “Diverciencia” have supported this activity. This association will award a scholarship to a high school student to carry out the science immersion activity for one week at the ‘Molecular Imaging’ laboratory, headed by Francisca Mulero. The first students will arrive at the end of November.

CNIO & The City is a project funded by the Spanish Foundation for Science and Technology (FECYT) and also supported by the Obra Social “la Caixa”. Both entities see CNIO & The City as an initiative that will promote a scientific culture in society and awaken new scientific vocations through direct contact with science. 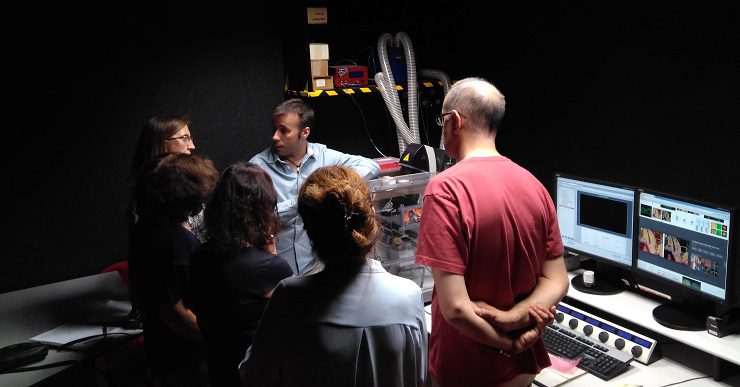 A group of students from the Teacher Training Course attend a practical workshop delivered by Manuel Pérez, a technician in the Confocal Microscopy Unit./ CNIO