Home | News | CNIO News | Scott Lowe, from the Memorial Sloan Kettering, chooses the CNIO for a sabbatical stay in Spain

Scott Lowe, from the Memorial Sloan Kettering, chooses the CNIO for a sabbatical stay in Spain 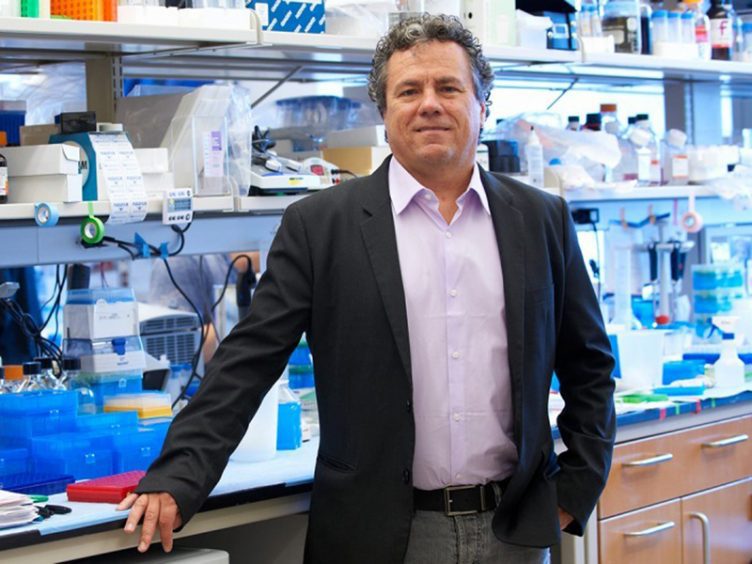 At the 10th edition of the Visiting Researchers Programme run by the Jesús Serra Foundation (from the Catalana Occidente group), Spain’s National Cancer Research Centre (CNIO) is hosting a sabbatical stay for Scott Lowe, Chair of the Cancer Biology and Genetics Program at the Memorial Sloan Kettering Cancer Center (MSKCC), one of the most prestigious and advanced cancer research centres in the world. Lowe, who also heads up the Geoffrey Beene Cancer Research Center (USA), is a member of CNIO’s External Advisory Committee, so he has a broad perspective on the research conducted at the Centre.

Scott Lowe has gained international recognition, particularly in the field of senescence and tumour suppression, and the identification of new therapeutic targets in the field of oncology. Also, his research group has extensive experience in the development of revolutionary biomedical techniques, such as genomic editing or RNA interference to silence genes related to cancer and other diseases. During his stay, Lowe will maintain a fluid relationship with, among others, the Genomic Instability Group led by Oscar Fernández-Capetillo, on areas of common interest such as the genome editing tool CRISPR-Cas9 and the mechanisms of resistance to precision medicine.

“I have a strong appreciation for the CNIO and the research conducted by its faculty”, explain Lowe. “Over the years, I have been colleagues with many CNIO faculty members during their time as postdocs, and have also had several CNIO student perform their postdoctoral studies in my group. I also serve on the Scientific Advisory Board of the institute. As a consequence, I was very excited when it became possible to regularly visit the institute through a sabbatical funded by the Jesús Serra Foundation. I plan to use my time at the CNIO to think more deeply about science and develop new collaborations with its faculty, primarily in the Cancer Cell Biology and the Molecular Oncology Programmes. I hope to spend time with students, postdocs and faculty alike, attend lab meetings and seminars, and through these interactions get new ideas for my own research and to initiate mutually beneficial collaborations”.

“It is a privilege that a researcher of the stature of Scott Lowe has chosen CNIO for his sabbatical”, says Maria A. Blasco, director of the Centre. “It is an indicator of both the prominence and the connections of the scientists who work here, as well as the quality of our research. Research that is also enriched through the exchange of ideas with top scientists that allow us to engage in collaborations such as the one we have in place with the Jesús Serra Foundation”.

In recent years, Lowe has made great contributions to cancer research, with more than 250 articles, many of which have been published and are being published in leading scientific journals. Some of his most recent research includes cutting-edge work in metastatic colorectal cancer, and the exploration of new therapies for lung cancer.

In addition to the MSKCC, Lowe has worked in other renowned centres of excellence, such as the Massachusetts Institute of Technology (MIT) and the Cold Spring Harbor Laboratory (CSHL). He has received a number of recognitions and awards over the years, including the Paul Marks Prize for Cancer Research, the Colin Thomson Memorial Medal of the International Association for Cancer Research, and the Alfred G. Knudsen Award, from the National Cancer Institute (USA). He is a member of, among others, the American Association for the Advancement of Science and the National Academy of Sciences. He has also been a member of the Board of Director of the American Association for Cancer Research (AACR).

The collaborative partnership between the Jesús Serra Foundation and the CNIO, which encompasses the Visiting Researchers Programme of the Foundation, was established in 2009. Through this programme, once a year CNIO receives a visiting professor of international prestige, who completes a sabbatical stay for several months at the Centre. These stays allow the host research group to forge bonds with the visiting researcher’s centre, as well as to initiate new lines of work through the exchange of ideas and common interests.

The CNIO is a Spanish public institution dedicated to the research, diagnosis, and treatment of cancer. It is among the 10 leading cancer research centres in the world (Scimago Report; Nature Index) and caters for the entire R&D roadmap, from basic research to clinical tests, with a view to transferring the results obtained quickly and efficiently to the Health Care System and to the pharmaceutical and biotechnology markets.