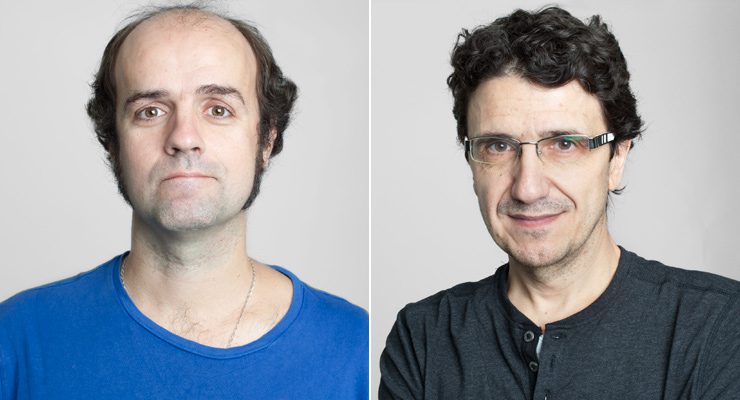 The European Molecular Biology Organisation (EMBO) has published the list of investigators who will join this prestigious organisation this year. A total of 58 researchers from the field of life sciences will be joining its ranks. Among them, Marcos Malumbres and Óscar Fernández-Capetillo from the Spanish National Cancer Research Centre (CNIO).

Their appointment is based on “the acknowledgement of their contribution to scientific excellence” and as “a tribute to their research and achievements”, according to a statement by the EMBO. “Serving the principles of excellence and integrity through their views and actions, they have made contributions of incalculable value to science and society”, said Maria Leptin, director of the EMBO.

Of the 58 new members, 50 reside in 13 European countries and four are Spanish. These two researchers will be joining their CNIO colleagues, Maria A. Blasco, Manuel Serrano, Mariano Barbacid, Alfonso Valencia and Erwin F. Wagner, who already belong to this European institution.

This is not the first time that Fernández-Capetillo will be joining the EMBO. He did so in 2008, but as a junior researcher. This distinction can now be added to his membership of the EPIGENOME Network of Excellence and awards, such as the Eppendorf Award for Young Investigators or the Swiss Bridge Award.

He is currently head of the CNIO Genomic Instability Group, which studies how damaged DNA can affect certain processes, such as cancer or ageing. In particular, the group focuses on the damage that occurs when cells make a copy of their DNA; the so-called replication stress.

His research has shown that cancer cells subject to high levels of replication stress are highly dependent on a protein called ATR. This group has designed ATR inhibitors that, thanks to their collaboration with the Experimental Therapeutics Programme, are on the verge of being used in clinical trials on patients through the pharmaceutical company, Merck, which purchased the license.

Malumbres is researching a process that is equally basic and key to cancer: cell division. Throughout his career, this researcher from La Rioja has contributed to the study and understanding of cell cycle regulators and their role in the emergence and development of carcinomas.

Some of his findings have led to the search for new treatments for this disease. These include the characterization of two cell cycle regulators, the inhibition of which has recently been approved for the treatment of metastatic breast cancer. Malumbres has also proposed new strategies based on the combination of cell cycle inhibitors and drugs that target glucose metabolism.

He has been the head of the Cell Division and Cancer Group since 2005, the year in which he won the Beckman-Coulter Award for young investigators. Malumbres is a member of the Board of Trustees of the Scientific Foundation of the Spanish Association against Cancer and actively collaborates in several international research committees. He also publishes articles in the most prestigious scientific journals. In 2014, he was among the 10 Spanish scientists most frequently mentioned internationally in the field of Biomedicine.