With participation ratios of 90% women and 85% state schools, the project truly embodies the values in which it is grounded: gender and socio-economic opportunities

Education is vital to the development of societies, and for this reason, the CNIO has sought to promote its Science Outreach activities through the project CNIO & The City. Around 54 employees from the centre have become involved in the activities of this initiative with a view to showcasing the science conducted by the Centre in an approachable and understandable way, so that members of the general public get involved and learn through it. CNIO & The City is supported by the Spanish Foundation for Science and Technology (FECYT) – Spanish Ministry of Economy, Industry and Competitiveness, “la Caixa” Foundation and collaboration with associations such as Amigos de la Ciencia “Diverciencia”. 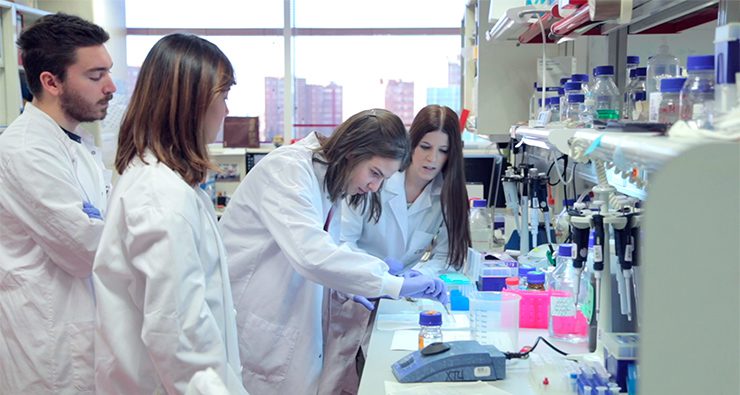 “Education and research go hand in hand at the CNIO … The best science in the service of society”, said Vicente Alcañiz, Director General of Teacher Training in the Region of Madrid. The first edition of this project came to an end on 31 March, having brought together over 250 participants, including students and teachers, from over 40 schools in the Region of Madrid and elsewhere in Spain.
“We are really pleased with how CNIO & The City has been received, and the impact its activities have had. Our City is committed to society and to education, and this project is an excellent way of channelling our efforts in this direction. Thanks to this initiative, we have had a direct impact on more than 200 people, and through the informative videos created, we have had an indirect impact on many more”, highlighted Maria A. Blasco, director of the CNIO.
The activities programmed as part of CNIO & The City have included a Teacher Training Course (in collaboration with the Madrid-West Regional Centre for Innovation and Training); over 30 education stays in CNIO laboratories; seven research projects that the students are still in the process of developing; and an exhibition project entitled ‘Binomio, dialogues between art and science’, alongside which the event ‘Mum, I want to be an artist and a scientist‘ was held which drew over 100 visitors, the majority of which were in the last three years of high school, marking the International Day of Women and Girls in Science. 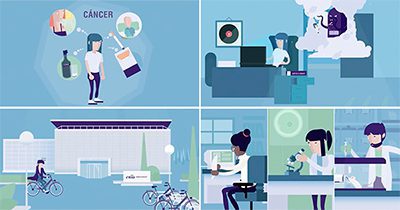 In addition, this initiative has involved a major educational and informative endeavour through the project’s webpage and blog, and through a series of videos that review fundamental aspects about the students’ training and life in a research centre, as well as basic notions about cancer, and the journey taken by drugs from the laboratory to the pharmacy.
The commitment of CNIO & The City to equality was not only reflected in this event and the talks given in schools on 11 February, promoted by the Office of Women in Science and Engineering (WISE); right from the outset, this project has been built on two founding principles: gender and socioeconomic inequality. Bearing this in mind, close to 90% of the participants were women, and 85% of the schools involved are state-run.
In addition to the strong reception among the education community, reflected in the deluge of applications to take part, the feedback received and the impact of the project have been outstanding, as shown by the surveys completed by the students and teachers involved. The key data can be found in the infograph created in conjunction with the Scienseed agency, which has collaborated throughout the entire project.
On 27 March, the Spanish Foundation for Science and Technology (FECYT) announced the provisional recipients of funding as part of the 2017 Grants Programme for the Promotion of Scientific-Technological Culture and Innovation, and CNIO & The City has once again been selected. Soon we hope to be announcing the new initiatives we are preparing for this year. 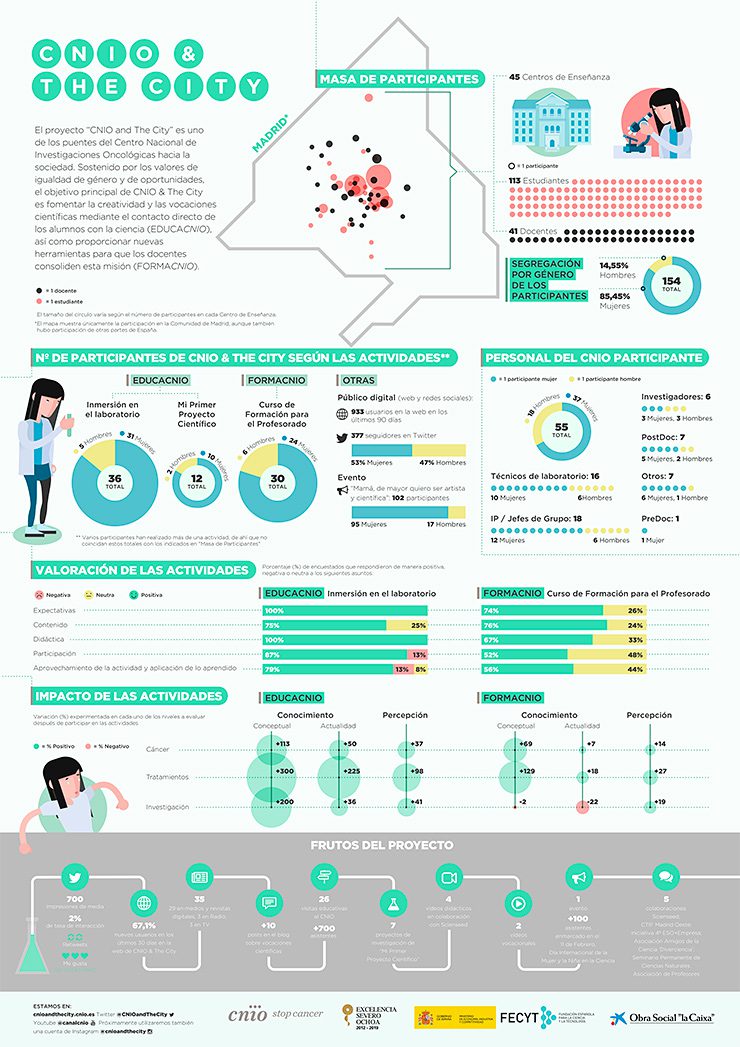