Marisol Soengas, Academician of the Spanish Royal Academy of Pharmacy 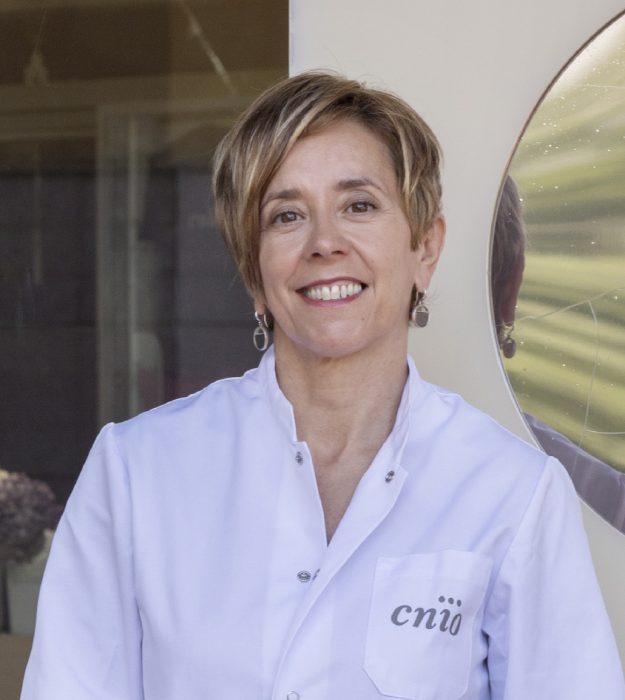 The head of the Melanoma Group and Dean for Academic Affairs at the Spanish National Cancer Research Centre (CNIO) took office last Tuesday, July 13, as Corresponding Academician of the Spanish Royal Academy of Pharmacy (RANF). The ceremony, which took place by zoom, was presented by Dr Antonio Ramón Martínez Fernández, Secretary and Academician of Number of the Academy.

During the ceremony, Dr Martínez highlighted the international recognition of Marisol Soengas and underscored the impact of her laboratory on basic and translational research and the numerous awards she has received. After the appointment and acknowledgements, Marisol Soengas delivered her acceptance speech, entitled Visualising, monitoring and treating metastases in melanoma.

Her group at the CNIO is at the forefront of basic and translational research in melanoma because of their work aimed at identifying tumour biomarkers and new mechanisms of metastasis, and for their advances in the development of anti-tumour therapies. Several achievements of her group have received wide acclaim, such as the identification of pro-oncogenic factors that define the so-called “hallmarks of melanoma” and distinguish it from more than 25 other types of cancer. Her group has also developed animal models that allow the visualisation of melanoma development from very early stages and has found new mechanisms of immune resistance.

Her successes have resulted in more than 20 awards in the last decade, including the Outstanding Research Investigator Award from the Society for Melanoma Research (SMR); the AtresMedia Foundation “Constantes y Vitales” Award 2017 for Best Publication in Biomedicine in Spain; the SMR Estela Medrano Award 2017 in recognition of the most influential women in the field of melanoma; the Plaque of Honour 2018 from the Spanish Association of Scientists; and the Fritz Anders Medal 2019 from the European Society of Pigment Cell Research for her scientific achievements in the field of melanoma.

Marisol Soengas has also been made Elected Member of the Galician Academy of Pharmacy (2019) and Elected Member of the Board of Directors of the Federation of Spanish Scientific Societies (COSCE). Since 2020, she is also vice-president of the Spanish Association for Cancer Research (ASEICA).

Soengas’ activity in innovation and knowledge generation is also one of the elements that supported her appointment as an Academician of the RANF. The scientist is co-founder of biotech company Bioncotech Therapeutics (now Highlight Therapeutics), the first in Spain to bring an immunomodulatory agent to clinical trials in patients (two phase I/Ib trials and three phase II trials). Marisol Soengas also devotes particular attention to the training of researchers through her role as Dean for Scientific Affairs at the CNIO and is recognised nationally and internationally for her active participation in the professional development of women in science as well.

Marisol Soengas’ appointment as a RANF Academician comes in addition to those of two other CNIO scientists, Maria A. Blasco and Mariano Barbacid.